Fading Art of Kufic Calligraphy comes to life at SIBF 2017 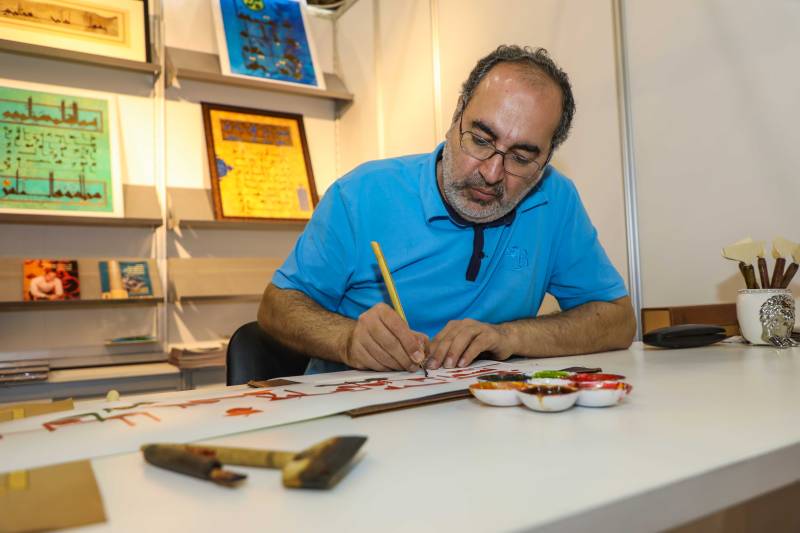 SHARJAH - In addition to giving its visitors a glimpse of the future of literature, the 36th edition of Sharjah International Book Fair (SIBF) is also providing a review of its precious past.

The fading art of Kufic calligraphy is one such ancient form that is being displayed at the world’s third largest book fair.

Vahid Jazayeri, famous for being a master of Kufic calligraphy, is offering insightful lessons on the art of this ancient Arabic technique at SIBF 2017.

The world renowned expert is using the fair to explain to inquisitive visitors the connection between the ‘forms of the alphabets and their content’ that shape the identity of any language.

“It is good to be a part of such a big event like SIBF, as it is a very effective way of meeting people who are interested in knowing more about literature as a part of our cultural heritage. Kufic is one of the oldest scripts in which Qu’ranic verses were written. The response of the visitors on the first day has been overwhelming – many youngsters have come up to me to enquire about this dying art and also to try their hand at Kufic writing,” said Jazayeri. 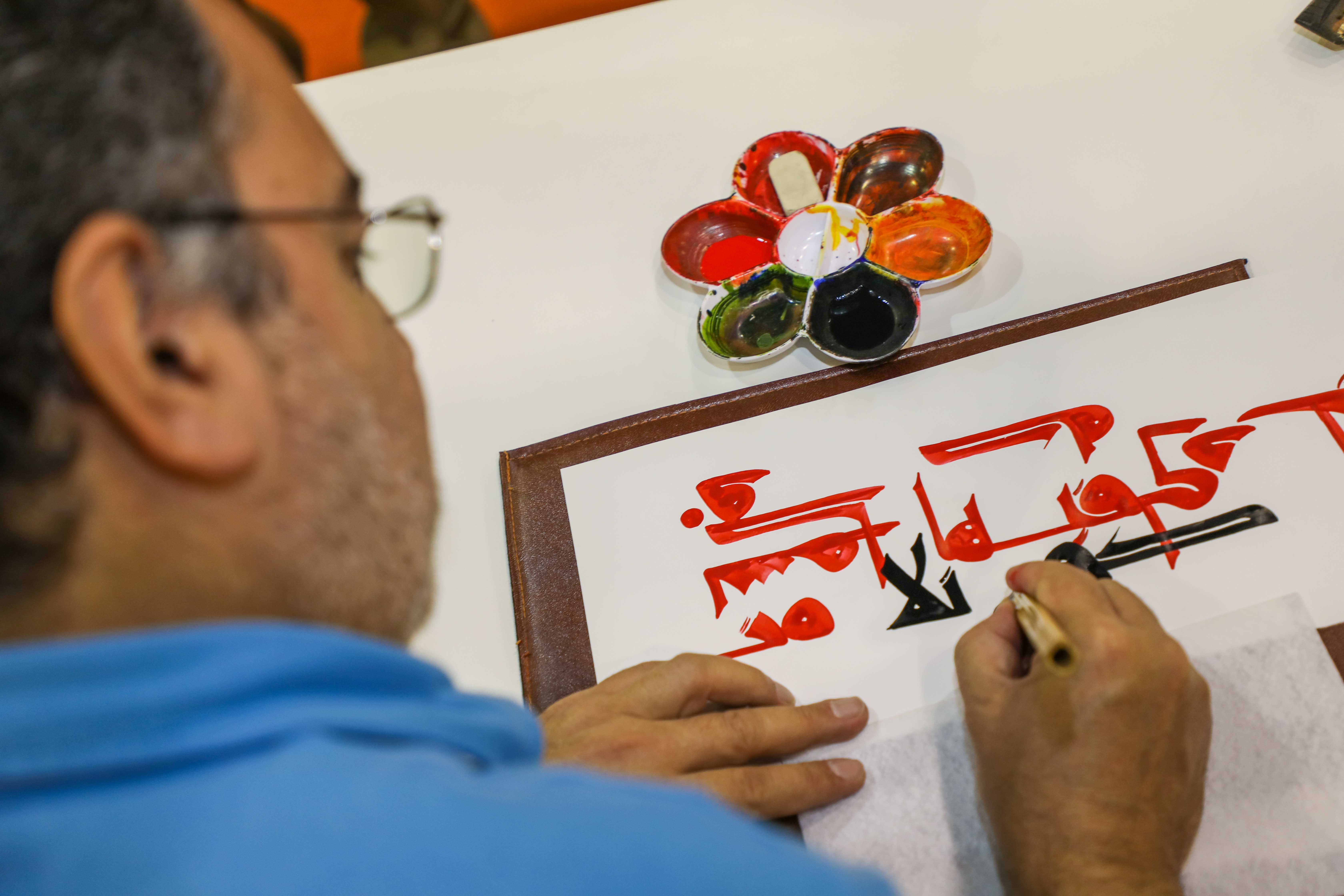 Jazayeri said that it was "encouraging" that more and more young people were interested in learning Kufic script, an ancient art that traces its history back over many centuries and which uses specially carved pens for writing.

The skilled artist is conducting live sessions with pens that he has carved himself.

An established calligrapher, researcher and graphic designer, Jazayeri has published extensively, with many of his books being well received.

He has held numerous workshops on reviving the Arabic Kufic calligraphic style and is known for his contemporary perspective analysis on different styles of calligraphy.