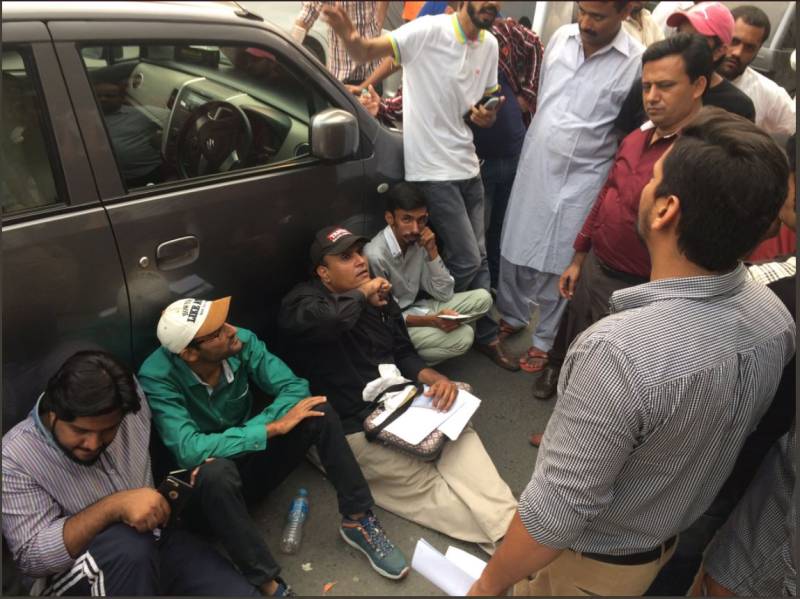 LAHORE - Scores of drivers linked to the ride-hailing services Uber and Careem took to streets on Wednesday for multiple demands including some hilarious ones as well.

The protest basically intended at improving the working conditions of drivers, seeking more share in the fare, however, another demand related to the commuters involved in unethical conducts.

Some of their demands put forth were to be given a fair chance to explain things when customers lodge complaints against them and that the maximum number of passengers be fixed at 4.

Another demand was that the ‘waiting charges’ should automatically kick in after 5 minutes of waiting.

Uber/Careem drivers demand in a protest today in Lahore 😂😂 pic.twitter.com/xnr2zeBVAi

Apart from the 'genuine' demands of captains, another demand decried the lust laden commuters who could not control their sexual desires while sitting at the back seat.

A snapshot of the demands list posted shows that the drivers enlisted company's list to issue gag orders to the suitors involved in unethical activities, otherwise, the captain should be given a right to compel the male partner occupy the front passenger seat or off load the couple altogether. 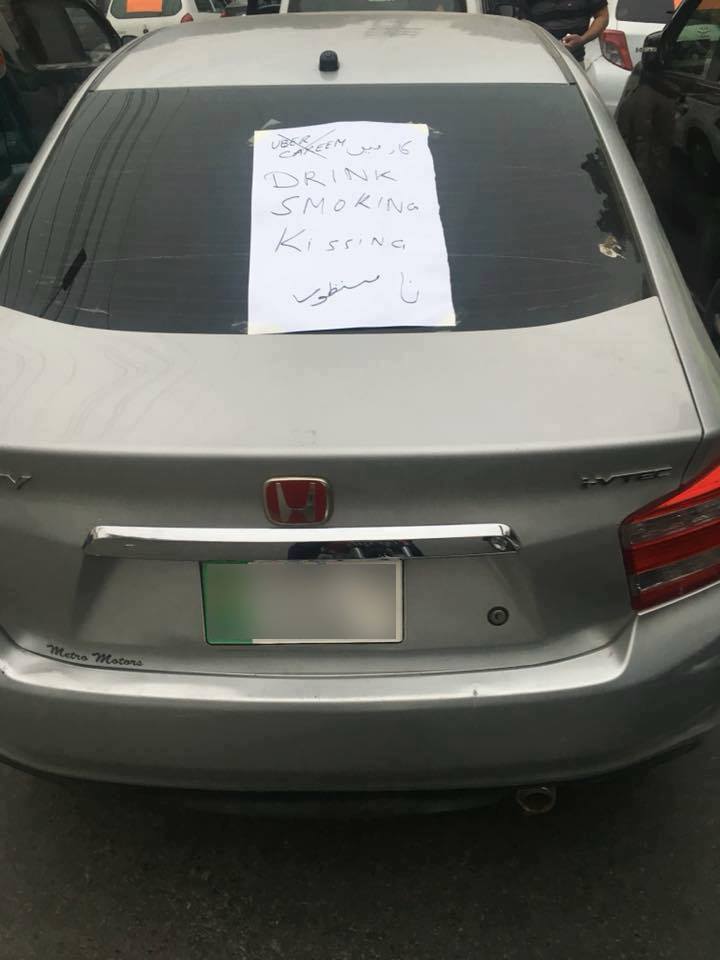 Apart from presenting the demands to the employers, one of the protester actually displayed a placard decrying 'kissing' inside the car.