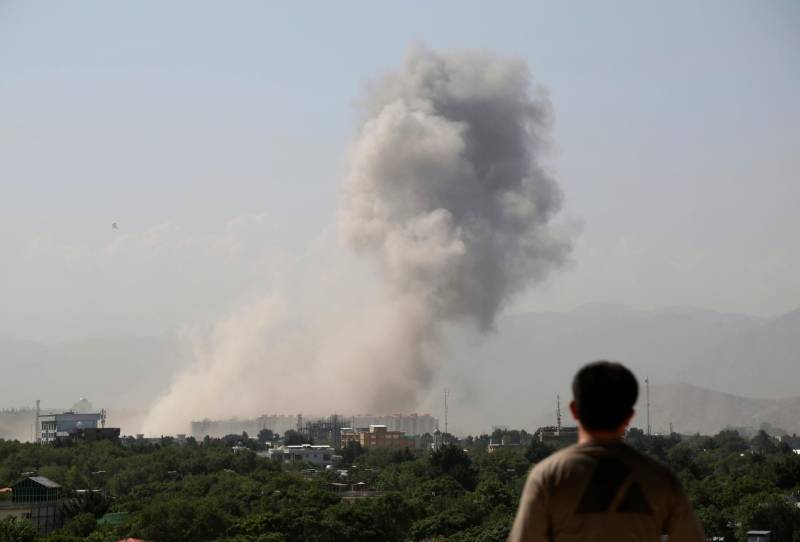 Reports quoting Taliban media spokesman said two explosions hit near the Sardar Mohammad Daud Khan military hospital. “One explosion has happened at the gate of the military hospital while second occurred a bit far from the medical facility”, the Taliban spox said.

Some reports claimed the explosion that hit a 400-bed hospital in Kabul’s 10th district was a car bomb while there is no official statement on that.

Pictures and videos shared by local residents are showing smoke clouds after the blasts in the former diplomatic zone in central Kabul.

A number of casualties have been reported in today's explosion outside the 400-bed hospital in Wazir Akbar Khan in Kabul. No details have yet been given (Video: Social Media) #ArianaNews #IEA #Kabul #Blast #Explosion pic.twitter.com/Homk170ebM

Meanwhile, no terror outfit claimed responsibility for the deadly blasts while an Afghan news agency quoted witnesses saying a number of IS fighters entered the hospital and clashed with security forces.

The recent attack added to a growing list of killings since the Taliban ousted the western-backed government in August, undermining their claim to have restored security in the war-ravaged country.

ISIS-K, an offshoot of the Islamic State, has recently carried out a series of attacks on mosques and other targets following the Taliban takeover.