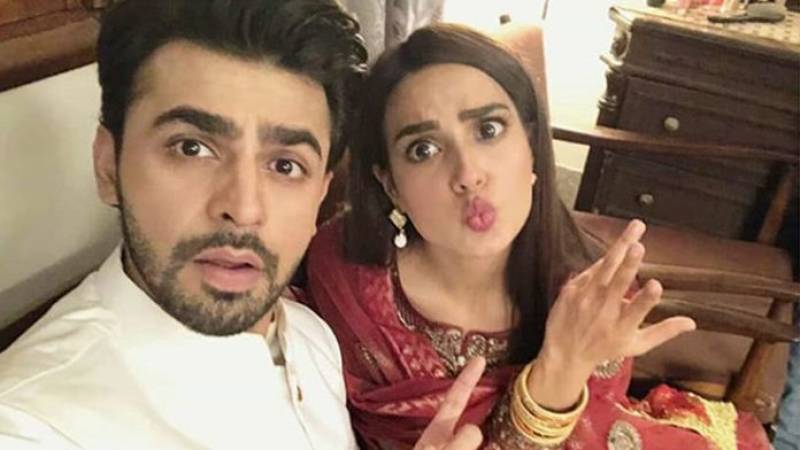 LAHORE - Amidst the same old game show culture during Ramadan, Suno Chanda was a breath of fresh air. This critically acclaimed drama not only had everyone stick in front of their TVs while it was on air but left them craving for more and more. Handsome and witty Farhan Saeed as Arsal, cute and kittenish Iqra Aziz as Jiya gave the performance of their life and made everyone fall in love with their characters.

It was their amazing chemistry, beautiful performance, the charisma of the characters and public's response that producer Momina Duraid decided to make a sequel.

Suno Chanda 2 is happening, and people are desperately waiting. But what to expect from the drama this time? Now that they are officially married, are they still going to make us laugh and cry by arguing on little things? We asked Farhan Saeed these questions and here is how he responded.

Q: How closely related is Arsal's character to Farhan Saeed? 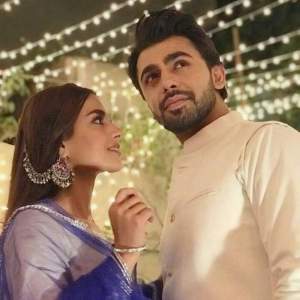 Farhan Saeed: Characters aren't always a depiction of actors. They are created by writers, and it's up to them how they'd like them to think or act. As far as the similarities between Arsal and Farhan are concerned, I think the wittiness of Arsal is more or less similar to Farhan's. I didn't have to put a lot of effort there. But some of the views of Arsal were his alone. For instance, I am in favor of women empowerment, I think women should go out there and explore themselves, explore the opportunities but Arsal is of opposite views. So, when it comes to these issues, Arsal's character has quite offensive characteristics and I'd say that Farhan is quite opposite of him.

Q: Let's talk about the amazing chemistry Arsal and Jiya had, did you guys put a lot of effort is it?

Farhan Saeed: I am a very positive person and I like people with positive energy. When we first meet on the sets of Suno Chanda, Iqra was very energetic, very positive and had no problem with anything. I like to think that I share same traits and I think it was this alacrity - we wanted to put our best effort - that we were able to give you guys the kind of chemistry Arsal and Jiya shared. And I think the credit goes to the writer as well, for writing such brilliant scenes and dialogues. 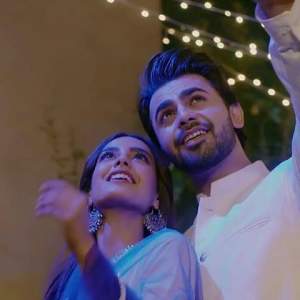 A scene captured from Suno Chanda. This picture depicts the brilliant chemistry Arsal and Jiya shared.

Q: What can we expect from Suno Chanda 2?

Farhan Saeed: (Chuckling) Well! The public has great expectations from season 2 and the team is doing their best to give them something better than the previous season. We're excited as well as a little anxious - it's a huge responsibility. So, I think you should expect a great show and even better chemistry.

Q: Dramas have a great reach and people usually tend to learn from them, what kind of message Suno Chanda had for the audience?

Farhan Saeed: I think all the dramas should have a great lesson for the viewers - apart from entertainment. Viewers belong to different age brackets, some to a very delicate age group, so we should be very careful about the kind of image we are portraying and the kind of message we're sending out. In Suno Chanda, one the most important message was that of consent. For instance, when Arsal fell in love with Jiya, he didn't force his will on her. Instead, he made an effort to make her fall in love too. And it was after the two characters had mutual feelings, they officially got married. I think if even one person had understood the importance of will/consent from this drama, we have achieved our goal.

Q: You guys got an amazing response, was this the response you were expecting?

Farhan Saeed: We were a bit skeptic because romantic comedy during Ramadan was different from the whole game show culture, which people preferred. We weren't expecting such response, people messaged us pictures of their kids watching Suno Chanda, they showed us so much love. Surprisingly, I was in Thailand for a concert and some Indian fans were there, outside my room telling how much they loved the season. So, I guess I am thankful to all of the amazing people who loved the show, who made season 2 a reality.

The conversation regarding Suno Chanda ended at that not but we had a heart to heart with Farhan Saeed about music, his directorial debut, and his acting. Stay tuned and keep checking Daily Pakistan Lifestyle for all these details.