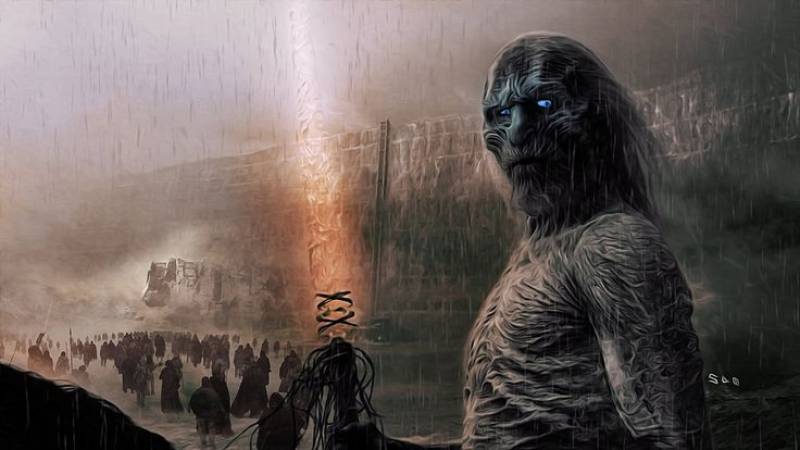 LAHORE (Ali Zain) - This Sunday's Game of Thrones episode "The Door" resolved two major mysteries in the world's most watched TV show. Although one of the secrets was pretty unpleasant and other one was full of violence, still viewers have received answers to some of their questions.

The first major revelation was about the origins of the White Walkers, who were created by the children of the forest.  The secret was revealed to Bran Stark in a vision.

He saw that White Walkers being brought to life by the children of the forest after the First Men killed some of their own in a bid to take over the original inhabitants of Westeros.

Did you miss last episode of Game of Thrones Season 6? Here we have a quick recap for you.

The second discovery was about Hodor, also uncovered in one of Bran's visions and based on an incident from the past that mysteriously resulted in the White Walkers' attack on Bran and Meera. The attack ended in the death of Hodor while he was "holding the door" to let Bran and Meera escape the cave. Hodor means "hold the door".

"The door" episode received a diversified response by viewers:

When someone asks me to hold the door from now on. #HoldTheDoor #GameofThrones pic.twitter.com/rnVfuFrQaZ

The most heroic moment in #GameOfThrones history goes to Hodor pic.twitter.com/iORpopRWIg

Me for the rest of my life. #GameofThrones pic.twitter.com/vuIK22lOjK

That moment you wished you didn't learn the meaning of #Hodor ? #GameofThrones pic.twitter.com/nzP17kr26U

RIP Hodor you were a freaking legend! ?#HoldTheDoor #GameofThrones pic.twitter.com/4wsMsODI45

Other Key Developments from Episode 5: