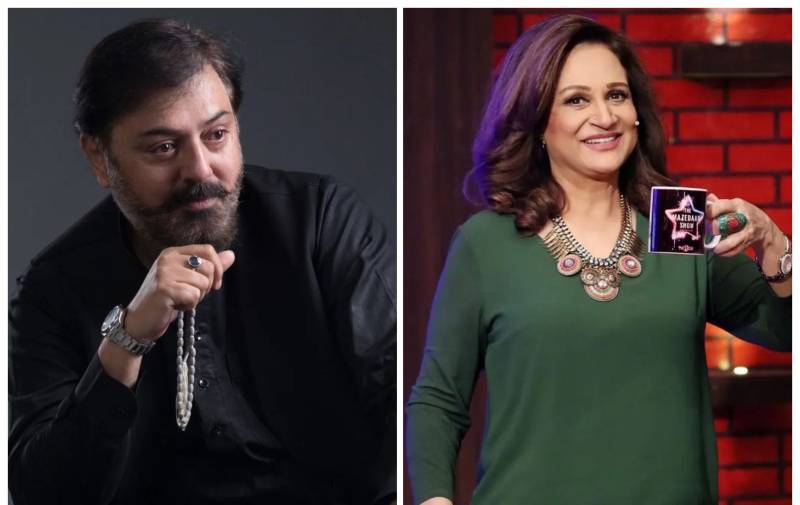 After creating magic with their performances, the 65-year-old entertainer and the Raqeeb Se star are amusing their massive fan following with offscreen antics.

Taking to Instagram handle, the Udaari actress shared a hilarious video of the 57-year-old superstar where he portrays his character Shameem and their conversation is equally witty and humorous.

Titled Mrs & Mr Shameem, the web series will focus on a married couple and their journey of love, friendship and growing old together.

Helmed by ace director Kashif Nisar, the upcoming web series is written by Saji Gul who is also the writer of popular drama serial O Rangreza.

On the work front, Naumaan has been hugely lauded for his spectacular performance in star-studded drama Sang-e-Mah.

Saba Qamar and Nauman Ijaz are two incredibly talented actors and after creating magic with their performances, the duo ...