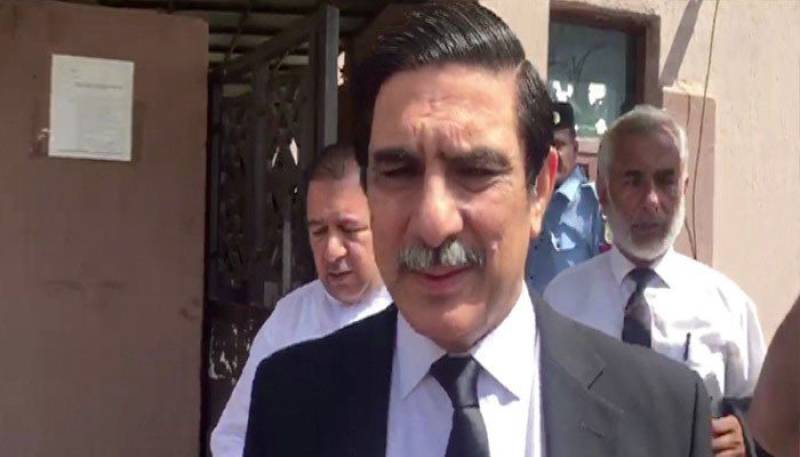 ISLAMABAD- An accountability court in Islamabad deferred trial proceedings in the Al-Azizia reference against former prime minister Nawaz Sharif on Tuesday due to the absence of the defence counsel, Khawaja Haris.

The former prime minister turned up before the court to attend the hearing, however, the proceedings were not carried out due to Haris' absence.

Sharif also did not speak to the media on his way in or out of the court after the judge accepted a junior defence lawyer's application to postpone the hearing.

According to the junior lawyer, Haris did not appear in court as he was not feeling well.

Upon this, the National Accountability Bureau (NAB) prosecutor Sardar Muzaffar argued that we (bureau) will not comment on Khawaja Haris' illness but hastened to add that the law allows junior lawyers to continue the proceeding in the senior counsel's absence.

'We postponed yesterday's proceedings due to the senior counsel's absence as well,' Accountability court Judge Arshad Malik said while pointing out that even the co-counsel on the case was also absent from court today.

ISLAMABAD- An Accountability Court of Islamabad on Friday completed the testimony of all prosecution witnesses in ...

Besides Al-Azizia reference, another reference regarding the Flagship Investment firm has also been filed by the accountability watchdog against the members of the former ruling family including Nawaz Sharif.