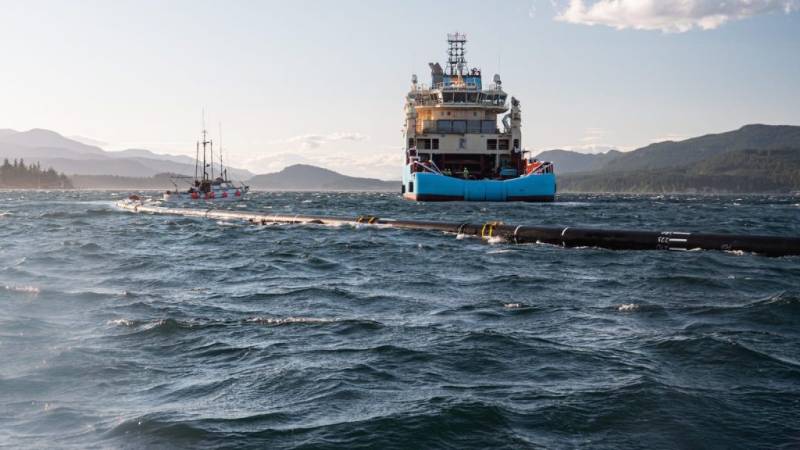 ROTTERDAM – A special ship designed to clean the oceans has harvested its first plastic from the Great Pacific Garbage Patch since setting sail from San Francisco last month, its Dutch inventor said Wednesday.

The project by The Ocean Cleanup, a Dutch non-profit group, involves a supply ship towing a floating boom that corrals marine plastic with the aim of cleaning half of the infamous patch within five years.

"Today we announce that our cleaning system in the Great Pacific Garbage Patch has been catching plastic for the first time," Boyan Slat, the 25-year-old Dutch CEO and founder of The Ocean Cleanup, told a press conference in Rotterdam.

Also, anyone missing a wheel? pic.twitter.com/Oq0rkXO3TH

"It's the first time actually anyone harvests plastic from the Great Pacific Garbage Patch.

So we think that we can actually clean the oceans." Slat came up with the idea seven years ago, and the system has been undergoing tests for the past year.

The Maersk Launcher ship finally sailed from San Francisco on September 9 for trials on cleaning the patch, a floating trash pile twice the size of France that swirls in the ocean halfway between California and Hawaii.

It was towing a 600 metre(2,000-foot)-long boom device designed by Slat dubbed System 001, aimed at containing floating ocean plastic so it can be scooped up and recycled.

The system includes a tapered three-metre skirt to catch plastic floating just below the surface.