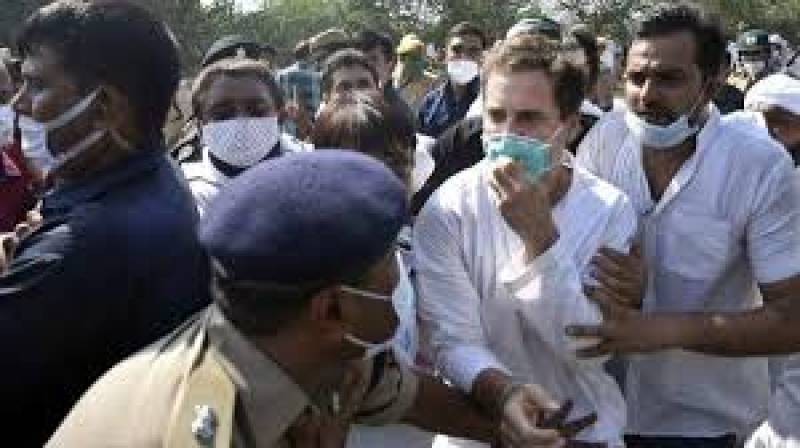 DELHI - Police in India have arrested Rahul Gandhi and his sister Priyanka Gandhi, two key leaders of the opposition Congress party, who were on their way to a northern village to meet the family of a Dalit gang-rape victim.

According to media reports, the UP police arrested the leaders as they were going to visit the family of a 19-year-old girl belonging to the Dalit community who was gang-raped, tortured and killed last month.

The police said that the key Congress leaders were detained for violating a ban on the presence of four or more people in the area.

Clash between the dozens of Congress party workers and police erupted on the occasion after which the police also used batons to disperse them.

On September 14, a 19-year-old girl belonging from Dalit community was allegedly gang-raped by four people in Hathras district.