US elections – Biden remains ahead of Trump in new nationwide poll 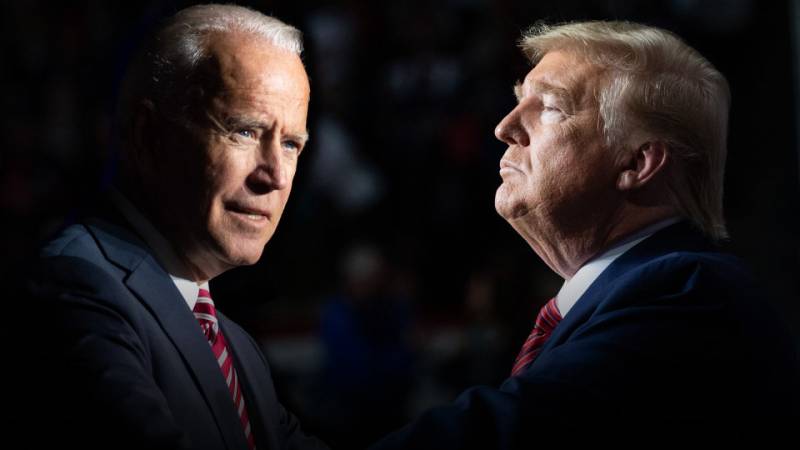 NEW YORK – President Donald Trump continues to lag behind Democratic challenger Joe Biden nationally as more than 60 percent of voters say America’s response to the coronavirus pandemic has been unsuccessful and just one-in-five believe the US economy is on solid footing.

Those are the major findings from the latest national NBC News/Wall Street Journal poll, which was conducted during the pandemic that has killed more than 170,000 Americans and as the presidential race enters a new phase, with the party conventions beginning on Monday afternoon just days after Biden’s selection of Senator Kamala Harris as his running mate.

According to the survey, Biden leads Trump nationally by 9 points among registered voters, 50 percent to 41 percent, and the former vice president holds double-digit advantages over Trump on the coronavirus, immigration, health care, race relations and uniting the country.

What’s more, the poll shows Ms. Harris with a higher net personal rating than either Trump or Biden.

Still, Trump maintains his lead over Biden on the economy — which the poll finds is voters’ top issue heading into the election — and the president’s overall numbers have improved from last month, although the movement is within the survey’s margin of error.

What also stands out in the poll is how stable Biden’s lead over Trump has been during the past year, ranging from 6 to 11 points in the last nine NBC News/WSJ surveys.

“Clearly, Biden is in the lead. Clearly, Trump has a lot of problems,” said Democratic pollster Peter Hart, who conducted this survey with Republican pollster Bill McInturff.

But Hart stressed that the election is “not a done deal,” especially with a majority of voters saying they’re either uncertain or pessimistic about the job Biden would do as president.

“Biden is well-known, but not known well, and people are looking for direction on that,” Hart said in previewing the upcoming Democratic convention.

Trump’s challenge ahead of his convention, which begins on Aug. 24, is expanding support beyond his committed Republican base, with an approval rating and ballot position stuck in the low 40s.

“That seems to me to be short of where he needs to be to win an election,” said McInturff, the Republican pollster.

Biden’s 9-point national lead in the horserace is down from his 11-point edge in last month’s NBC News/WSJ poll.

NEW YORK – US Democratic presidential nominee Joe Biden has renewed his concern over the deteriorating situation ...

Trump, meanwhile, leads among all whites (49 percent to 42 percent), men (47 percent to 43 percent) and whites without college degrees (59 percent to 27 percent).

By contrast, 74 percent of Trump voters are more for the president, versus 20 percent who are more against Biden.

Interest in the upcoming election continues to be sky-high, with 79 percent of all voters registering either a “9” or “10” on a 10-point scale in interest, which is greater than interest in previous presidential elections at this same point in time.

Eighty-five percent of Republicans say they have high interest in the upcoming election, versus 83 percent of Democrats who say the same.

The NBC News/WSJ poll was conducted both before and after Biden selected Kamala Harris as his vice-presidential running mate on Tuesday, Aug. 11.

Thirty-nine percent of voters have a positive impression of Harris, while 35 percent have a negative view of her.

Still, Biden and Trump voters are divided over Ms. Harris, with 71 percent of Biden voters holding a positive view of her, versus just 4 percent of Trump voters.

As for views of both Trump and Biden, a combined 41 percent of voters say they are either “optimistic and confident” or “satisfied and hopeful” about the job Trump would do as president if he wins in November, while 59 percent are “uncertain and wondering” or “pessimistic and worried.”

Not surprisingly, there’s a stark partisan divide on these numbers, with 84 percent of Democrats and 58 percent of independents saying the response has been unsuccessful, versus 59 percent of Republicans who believe it has been successful.

Forty percent of voters say they approve of Trump’s handing of the coronavirus, while 58 percent disapprove.

And on the economy, only 22 percent describe current economic conditions as either “excellent” or “good,” down from 29 percent who said this back in June.

By contrast, a whopping 77 percent say the economy is either “only fair” or “poor,” which is up from 68 percent two months ago.

Despite those grim economic numbers, Trump holds a double-digit advantage on which candidate would do a better job handling the economy, with 48 percent picking the president versus 38 percent siding with Biden.

Asked which one or two of these issues are the most important in deciding their vote for president, the top combined responses are the economy (51 percent), bringing the country together (43 percent), having strong leadership qualities (34 percent), health care (29 percent) and the coronavirus (27 percent).

The NBC News/WSJ poll also shows Democrats holding a 5-point advantage on congressional preference, with 47 percent of voters preferring Democrats in control of Congress, versus 42 percent who want Republicans in charge.

That’s higher than the 4-point edge Democrats held in July, but it’s down from the 11-point advantage the party enjoyed in June.