Saudi women speak up...about why they don't speak up 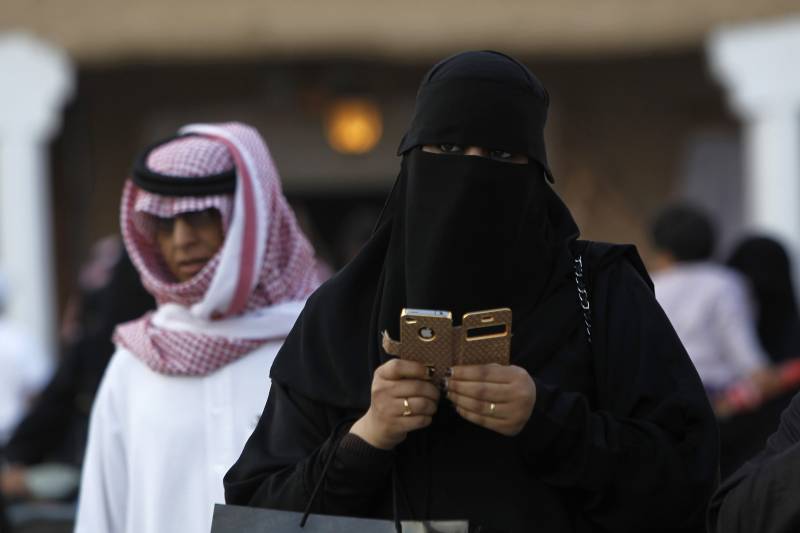 RIYADH (Web Desk) - Saudi women who otherwise live a relatively isolated life detached from the hustle and bustle of male-dominated society have opened up about their secluded lifestyle and relationship with their husbands.

Talking to Al-Riyadh daily, numerous married Saudi women spoke about the relationship they enjoy with their husband and also revealed as to what level a Saudi woman could be frank to her counterpart.

Housewife Modi A. admitted that it was okay for men to speak frankly with their better half but it's a one-way liberty.

“Sometimes a woman has to hide her past and lie about her feelings of love or hate toward her husband in order to save her marriage. Women do not always express their feelings candidly for fear of being criticized or putting their marriage at risk. This is why I do not believe that a woman should tell her husband everything that happens or happened to her all the time,” she said.

Another married women Sama E. slammed the mentality of the society that allowed men to be candor about their life but not the women.

“If a woman tells her husband that her driver sexually harassed her or ogles at her, or tells him that some man made a pass at her when she was on a business trip or a co-worker made an inappropriate advance, I am sure that her husband will have the driver deported, ban his wife from traveling again and ask her to resign from her job. So if she wants to be frank, she has to be ready for all the negative consequences,” she said while adding women can take care of themselves and solve their own problems.

A sociologist Dr. Muhammad Al-Raee opines that complete frankness sometimes worsens the situation. He stressed men to be more open to what their wives say.

Another study conducted by Dr. Muhammad Al-Mahd discloses more harrowing details that some men physically abuse their spouse and threaten them to reveal their secrets.