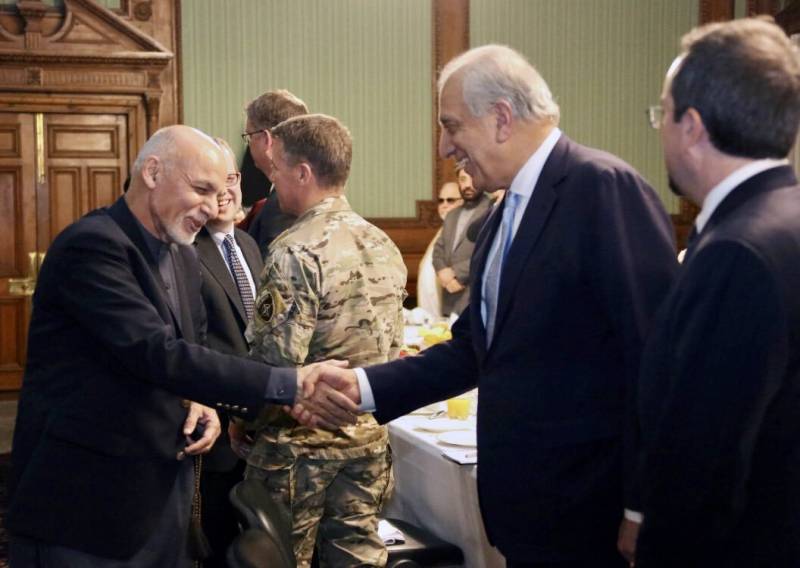 Well-placed sources say Ghani will share his point of view on the draft peace agreement with Khalilzad within two days as the negotiations are entering the final phase.

Khalilzad, who has completed nine rounds of talks with Taliban representatives to end the war in Afghanistan, is in Kabul currently and would meet Afghan leaders this week to build a consensus before the deal is struck.

The deal relates to US troop withdrawal in return for several security guarantees from the Taliban, broader peace talks between the insurgents and the Afghan government, and an eventual ceasefire.

The discussions are crucial because up until now, the Afghan government has largely been ignored, though any deal would require the Taliban to talk to Ghani which can become an obstacle as well.

Before heading to Kabul, Zalmay Khalilzad said the negotiations with Taliban are “at the threshold of an agreement” to put an end to 18 years of conflict.

The envoy, after concluding the latest round of talks, said on Sunday that the agreement will reduce’violence and open the door for Afghans to sit together to negotiate an honourable and sustainable peace’.

Meanwhile, violence continues across Afghanistan amid negotiations as on Saturday, the Taliban attempted to seize Kunduz in the north, and a day later, launched an operation in the city of Pul-e Khumri, the capital of neighbouring Baghlan province.

US Secretary of State Mike Pompeo has previously said he hoped a peace deal would be finalised before September 1, ahead of Afghan polls due September 28.

On the other hand, President Donald Trump had confirmed that the US would maintain a presence in Afghanistan even if an agreement is made.

He had also warned to take action again if an attack is launched.

“We’re going down to 8,600 and then we make a determination from there,” Trump said in an interview with Fox News radio.