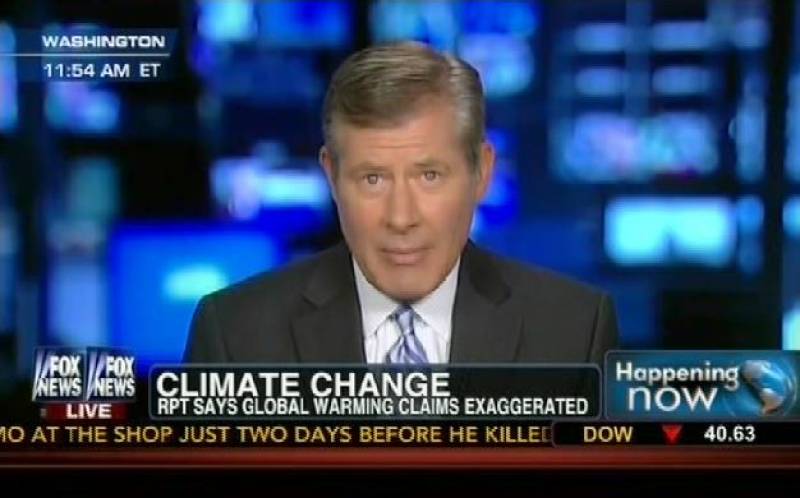 FLORIDA (Web Desk) - More US adults believe Fox News is a reliable source of information about climate change than believe President Barack Obama is, according to a new poll from St Leo University.

Despite these poll results, Fox News and its hosts and commentators have received far more criticism for the accuracy of their climate change statements than Obama has.

In recent years, Fox News has called climate change a "superstition," a "scam" and a "hoax."

Fox hosts have also accused NASA of "fudging the numbers" on climate change and said the phenomenon is something only "corrupt" scientists believe in.

The president has been criticized for supporting an "all of the above" energy policy, advancing plans for offshore drilling and releasing a Climate Action Plan that may not go far enough. But he has also consistently echoed what the overwhelming majority of climate scientists have known for decades: global warming is real and our climate is changing, most of it is caused by humans, and it presents an unprecedented challenge.

A 2013 study found that consumption of conservative media decreases both trust in scientists and belief that global warming is occurring.

Forty-five percent of those polled in the recent St. Leo survey said they trust nongovernmental scientists and educators for climate change information, and only 13 percent trust the federal government. This is despite the fact that federal agencies NASA and the National Oceanic and Atmospheric Administration are among the country's most important and reliable bodies for climatic observations and research.

The St. Leo poll also found that 73 percent of Americans, including 57 percent of Republicans and 88 percent of Democrats, are "somewhat" or "very" concerned about climate change.

Yet Gallup's most recent climate change poll found that only 55 percent of Americans worry a "great deal" or "fair amount" about climate change. This is nearly unchanged from 2014's poll and well below the 72 percent who were concerned about the issue in Gallup's 2000 poll.