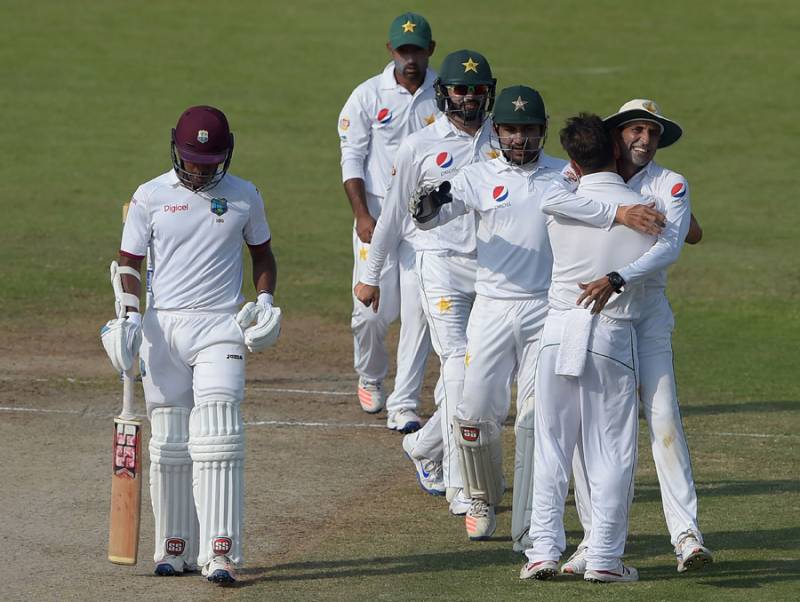 LAHORE - The Pakistan Cricket Board on Monday announced the Test squad for three matches against West Indies, from April 22 to May 14.

The team was finalised by the chief selector and the National Selection Committee after consultations with Head Coach Mickey Arthur and Test Captain Misbah-ul-Haq.

The team will play three Test matches in the tour. The first Test match will be played from April 22-26 at Kingston, Jamaica; the second Test will commence from April 30-May 4 at Bridgetown, Barbados; and the third and final Test will played from May 10-14 at Roseau, Dominica.

The training camp will be held till April 7 at Gaddafi Stadium, Lahore.

Pakistan on Sunday brushed West Indies aside by 7 wickets in the final T-20 international of the four-match series, at Queen’s Park Oval, Port of Spain, clinching the T20 series.