US police officer killed in car attack on Capitol complex 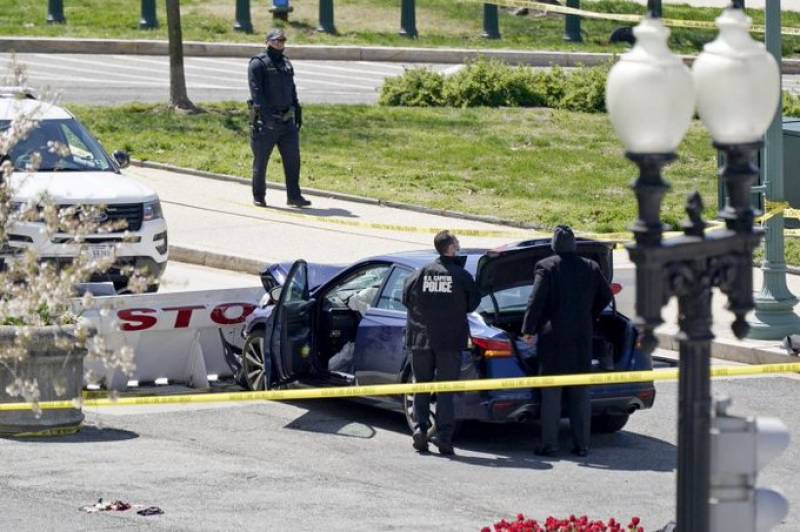 A police officer was killed while another injured in an attack at a checkpoint of the US Capitol complex in Washington DC.

A blue sedan car rammed into a barricade before the driver exited the vehicle brandishing a knife and laughing at police officials.

One of the two officers deployed at the point opened fire and killed the suspect on the spot.

"It does not appear to be terrorism-related but obviously we'll continue to investigate," said Robert Contee, acting chief of the Metropolitan Police Department of Washington.

The injured officers were shifted to hospital where one of them, who has been identified as William Evans succumbed to his injuries.

"Whether the attack was at law enforcement, or whoever, we have a responsibility to get to the bottom of it and we'll do that," said Robert Contee.

Acting Capitol Police Chief Yogananda Pittman said it was "with a very, very heavy heart that I announce one of our officers has succumbed to his injuries".

US President Joe Biden and his wife have expressed grief over the killing of the officer.

“Jill and I were heartbroken to learn of the violent attack at a security checkpoint on the U.S. Capitol grounds, which killed Officer William Evans of the U.S. Capitol Police, and left a fellow officer fighting for his life. We send our heartfelt condolences to Officer Evans’ family, and everyone grieving his loss.  We know what a difficult time this has been for the Capitol, everyone who works there, and those who protect it,” read the statement issued by the White House.

“I want to express the nation’s gratitude to the Capitol Police, the National Guard Immediate Response Force, and others who quickly responded to this attack.  As we mourn the loss of yet another courageous Capitol Police officer, I have ordered that the White House flags be lowered to half-staff.”