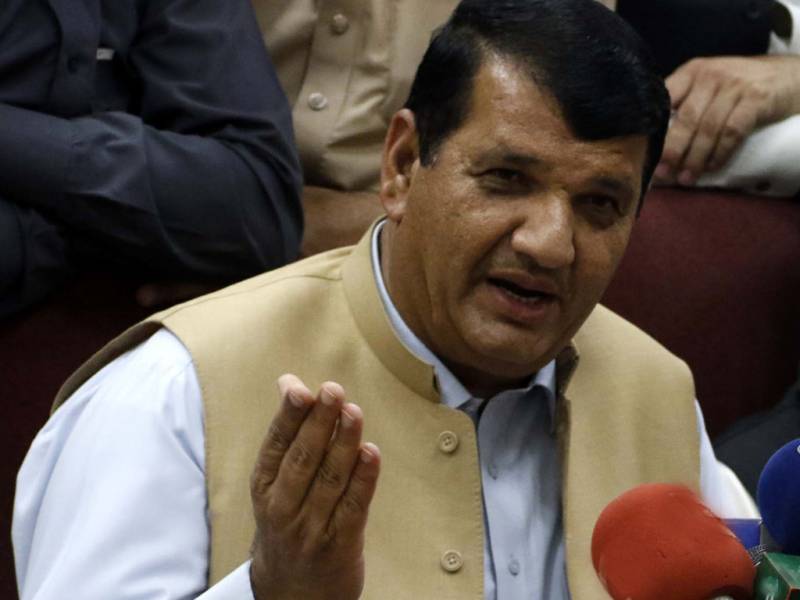 Talking to newsmen in the capital, Muqam said he made a telephone call to Gulalai after her allegations surfaced in the media, and talked barely for a minute or so.

“I told her I appreciate you speaking the truth,” shared Muqam, claiming that he never met or spoken to her before or after that phone call.

The PML-N leader claimed that he never believed in conspiracies adding that he only believed in being transparent in front of the people.

Muqam fired a broadside at PTI for promoting a ‘culture of lying’ and clarified that he did not pay a single penny to Gulali to hurl allegations against the party.

“Why would I need Gulalai to level allegations of corruption against the KP government when the whole world knows it already?” he said.

Replying to a question, Muqam said he does not need to dissolve the KP Assembly as the PTI itself was bringing down its own government.

Amir Muqam's clarification came in the purview of disgruntled former member of PTI, Ayesha Gulalai's press conference who alleged on Tuesday that Imran had sent her inappropriate text messages.

She had also alleged that the “honour of women is not safe” in the party, and announced leaving the PTI.

After listening to the sensational revelations, supporters of cricketer-turned-politician's party vehemently argued that Amir Muqam, senior member of Pakistan Muslim League Nawaz was orchestrating all this in a bid to morally discredit Imran Khan after the disqualification of premier Nawaz Sharif.