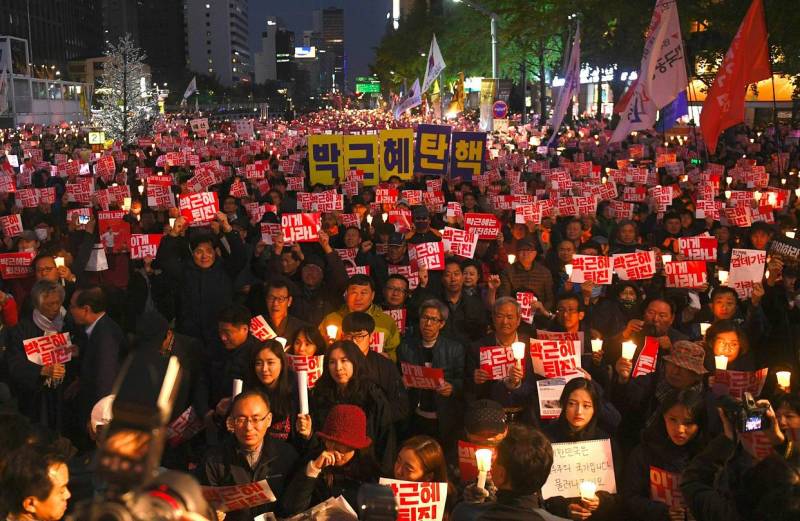 The impeachment motion would be put to a vote by MPs on Friday backed by 171 lawmakers in the 300-seat legislature.

The joint opposition commands the most seats in the legislature, but it falls short of nearly 30 members of Park’s Saenuri Party to secure the two-thirds majority needed to impeach the president.

The 64-year-old stands accused of colluding with an old friend who has been formally indicted for attempted fraud and abuse of power.

“If the impeachment motion fails to get passed because of the lack of cooperation from the ruling party, it must take responsibility for all consequences”, the main opposition Democratic Party’s floor leader Woo Sang-Ho said.

The ruling party has called on Park to stand down voluntarily in April, allowing a presidential election to be held in June – six months ahead of schedule.

On the otehr hand, Park said last week she would be willing to step down in the face of weekly mass protests that have seen millions take to the streets of Seoul and other cities.

But the oppostion pins no trust on Park's offer and eyes her offer as a tool to buy more time.