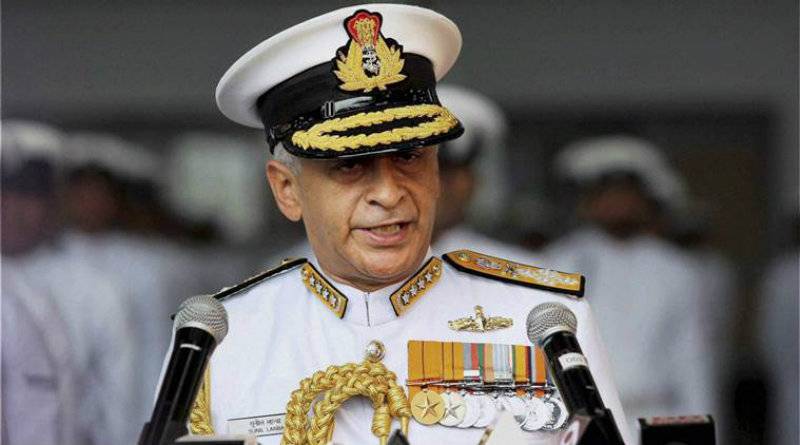 NEW DELHI - The chief of India Navy yesterday rejected Pakistan's assertion that it had tracked down Indian submarines in its waters near Karachi last month, calling it “totally bogus”.

“There was no submarine deployed in the area of Pakistani claims,” Admiral Sunil Lanba said while addressing his annual media conference on the occasion of Navy Day on Friday.

“As far as repelling of submarine of any nation goes, it is not an easy task. The claim made by Pakistan navy was totally bogus,” added the Indian navy chief, registering his view on the event weeks later.

Admiral Lanba said India will continue to deploy submarines as per “operational necessity”, the Indian Express reported. “The Navy is capable of handling any threat in the Indian Ocean region (IOR), which is its primary area of interest.”

"The Indian Navy, in order to fulfill its nefarious designs, was deploying submarines. The Pakistan Navy, alert and using its extreme skill, prevented Indian submarines from entering Pakistani waters," a statement issued by Pakistan Navy at the time said.

The Pakistan Navy prevented the Indian submarines from being successful in their attempts to keep their presence a secret, the statement said, adding that the navy pursued the submarines and pushed them back.

Speaking in New Delhi, the Indian Navy chief said that they were aware of the Chinese Navy’s collaboration with Pakistan but there was a difference of opinion between the Chinese and Pakistanis about the use of Gwadar port.

“While a Pakistani Navy official has spoken about Gwadar being used as a Chinese naval base, the Chinese Navy has a different view,” Lanba said.

“We have the capability and the assets to take on any force deployed in the region. We have plans to tackle it,” he added.

According to Lanba, the Indian Navy has full maritime awareness of the Chinese forces in IOR. Starting with 2012, the sixth Chinese submarine deployment is currently on in the IOR. The Navy is also fully aware of Chinese submarine docking at Karachi naval port, he said.