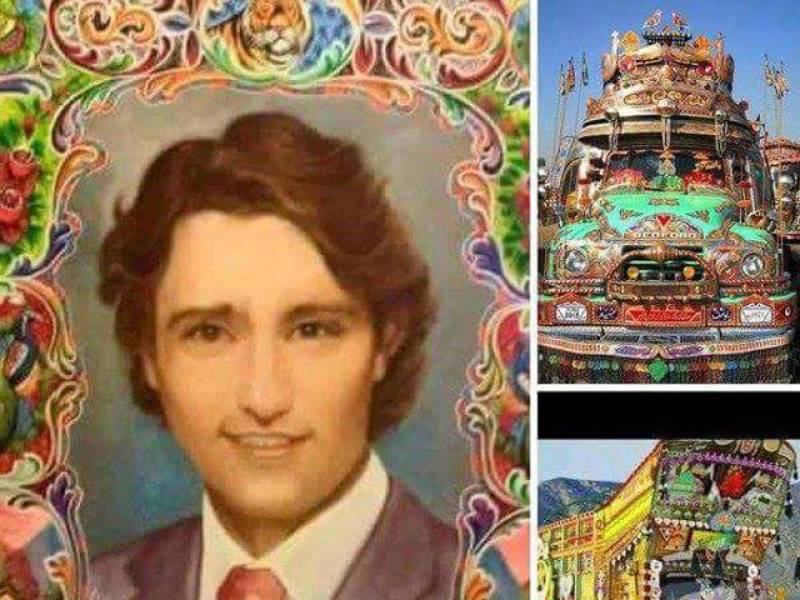 In Pakistan, truck art signifies a certain part of the culture, especially in the northern areas of the country.

This time, the Canadian premier Justin Trudeaue has been spotted on the back of a truck becoming possibly the first non-Pakistani politician to receive the honour and the people are going gaga over it.

Whether it was rocking a sherwani, eating biryani, visiting a mosque or sending heartwarming messages on Eid and Nowruz, Trudeau did it and we loved it.

Pakistan is famous for its truck art world over. Along with complex floral patterns and poetic calligraphy, four kinds of people are usually painted at the backs of trucks. These are war heroes, Bollywood actresses, cricketers and religious persons or rulers, according to Payaam Trust.

Such a true liberal who respect all the religions @JustinTrudeau 👏 with love from pakistan. . pic.twitter.com/7Adoqm4EoS

In October, 2015, Canada's Liberal leader Trudeau had garnered a stunning election victory, toppling Prime Minister Stephen Harper's Conservatives with a promise of change and returning a touch of glamour, youth and charisma to Ottawa. Trudeau is not new to politics as he is the son of former Prime Minister Pierre Trudeau.