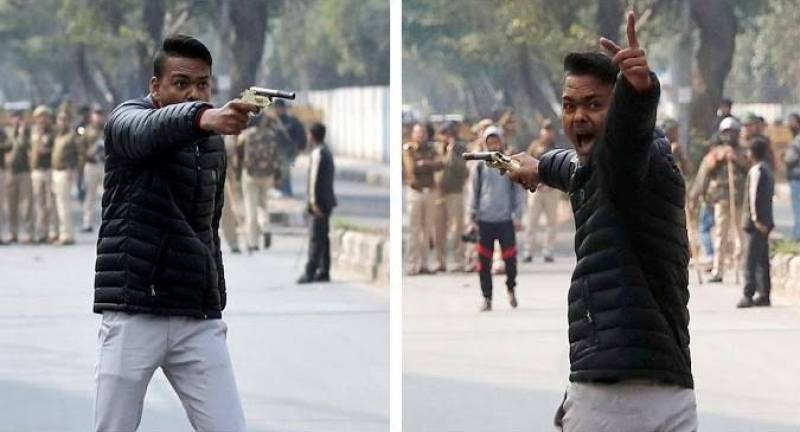 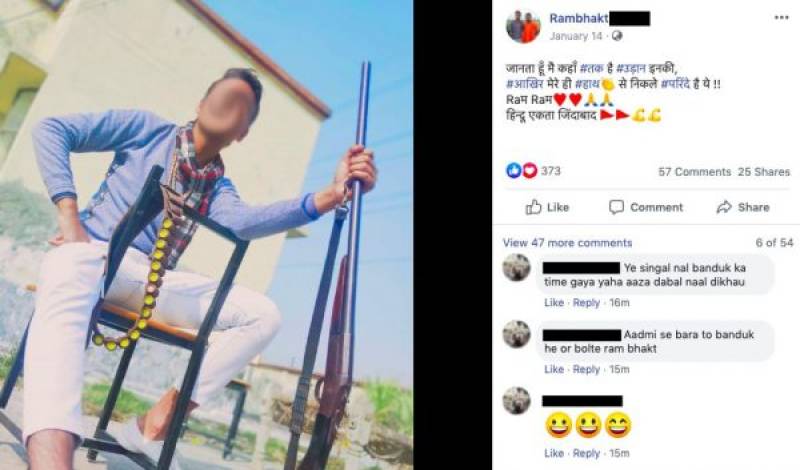 A group comprising students and alumni of the university was protesting against the controversial Citizenship Amendment Act when the gunman opened the fire.

In a video, a young man is seen firing shots outside Jamia Millia Islamia while policemen stand by as mere spectators before arresting him.

This is the third firing incident in the Jamia Nagar area in a week.

Earlier on Sunday night, two unidentified persons opened fire outside Gate No. 5 of Jamia Millia Islamia before fleeing on a red scooty, the Jamia Coordination Committee (JCC) said in a statement.

No one was injured in the attack. One of the miscreants was wearing a red jacket, the statement said.

On Thursday, a minor fired at anti-CAA protesters marching towards the Rajghat. A student of mass communication, Shadab Farooq, was injured in the attack and was rushed to a hospital.

The shooter, who cannot be named because he is a minor, is one among thousands of youths, school or college dropouts living in semi-urban or rural areas, who are being groomed by the ruling party affiliates in India. He used the prefix “Rambhakt” (meaning a worshipper of the Hindu god Ram) before his name on Facebook.

The role of Delhi Police, under the control of the central government, in various attacks at Indian universities, including Jamia Millia Islamia, Aligarh Muslim University and Jawaharlal Nehru University, has been questioned in the past.