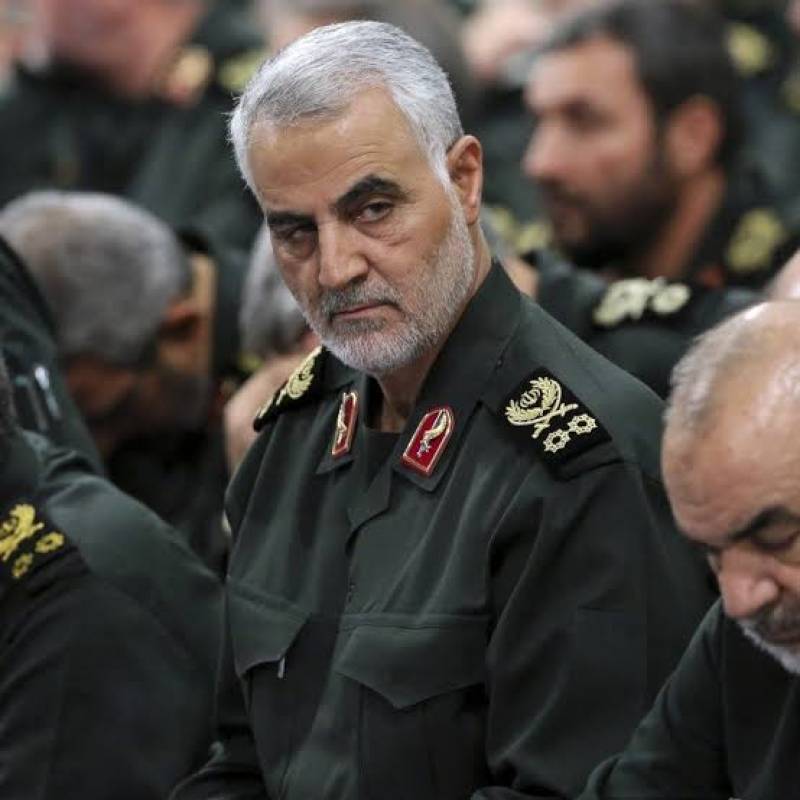 BAGHDAD - Top Iranian General Qasem Soleimani was killed in a United States (US) airstrike in Baghdad on Friday.

Iranian State television while citing the statement of Revolutionary Guard Statement, confirmed the news that Soleimani was killed in a US airstrike in Baghdad. General Qassim Soleimani was the head of Iran’s Elite Quds Force.

According to media reports, Abu Mahdi al-Muhandis, the deputy commander of Iraqi paramilitary group Hashd Shaabi, was also killed in the US Air-Strike.

"The deputy head of the Hashd, Abu Mahdi al-Muhandis, and head of the Quds Force, Qassim Soleimani, were killed in a US strike that targeted their car on the Baghdad International Airport road," Hashed Shaabi, also known as the Popular Moblization Forces (PMF), said in a statement early Friday.

The PMF also said that five of its members and two guests were killed in an airstrike on their vehicles on the ground of Baghdad International Airport on Friday. Later, Iraq’s military-run-Security Media Cell issued a statement that three Kayusha rockets hit the airport.

According to Iranian Popular Mobilization Forces (PMF), Mohammed Reda al-Jaberi, who was the militia's protocol officer and head of public relations, is also among the dead.

Taking to Twitter, US President Trump shared the American Flag and wrote nothing.