Asia markets on back foot ahead of Grece vote 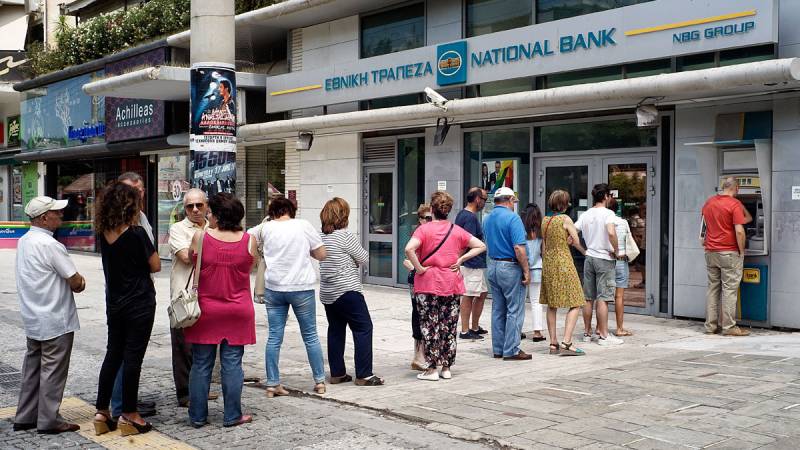 HONG KONG (APP) - Asian markets retreated Friday ahead of the weekend's Greek referendum that could decide its eurozone future, while Shanghai plunged more than seven percent, at the end of a torrid week for mainland investors.

Wall Street ended in the red as a strong increase in US jobs was overshadowed by the Greek crisis and stagnant wage growth.

Tokyo eased 0.36 percent as the yen edged back up against the dollar, Hong Kong eased 0.12 percent and Sydney slipped 1.27 percent, while Seoul dropped 0.16 percent.

Shanghai tumbled 7.13 percent, with the mainland market pummelled by profit-taking and margin traders calling in their bets. The Shenzhen Composite Index, which tracks stocks on China's second exchange, dived 6.96 percent.

With Greeks heading to the polls Sunday, analysts said investors were in a holding pattern until they had a better idea about the country's future.

European leaders have warned that the poll is effectively an in-out vote on Greece's future in the eurozone.

"There could be some hesitation from investors" ahead of the Greek vote, Chris Weston, chief market strategist at IG in Melbourne, said.

"Markets just want to see it getting solved so the contagion effect can be mitigated and we can move on to other things."

The EU and IMF added to pressure Thursday, slashing Greece's growth forecasts for this year and warning it will need tens of billions of euros over the next three years to stabilise its finances.

US data showed the economy created a solid 223,000 jobs in June and the unemployment rate fell to 5.3 percent from 5.5 percent. However, the report also said hourly earnings were flat compared with May, while the estimates for job growth in April and May were cut.

The soft wage data led investors to ease back on their bets for a September Federal Reserve interest rate rise, with speculation now for a December lift-off.

It had risen more than 150 percent over the previous year but economists say it has been hit by fears stocks were overvalued, profit-taking and margin traders unwinding their positions.

Interventions by authorities including a surprise interest rate cut at the weekend -- the fourth since November -- and relaxing rules on margin trading have failed to arrest the declines.

On oil markets US benchmark West Texas Intermediate for August delivery was down 40 cents at $56.53 a barrel and Brent fell 26 cents to $61.81.