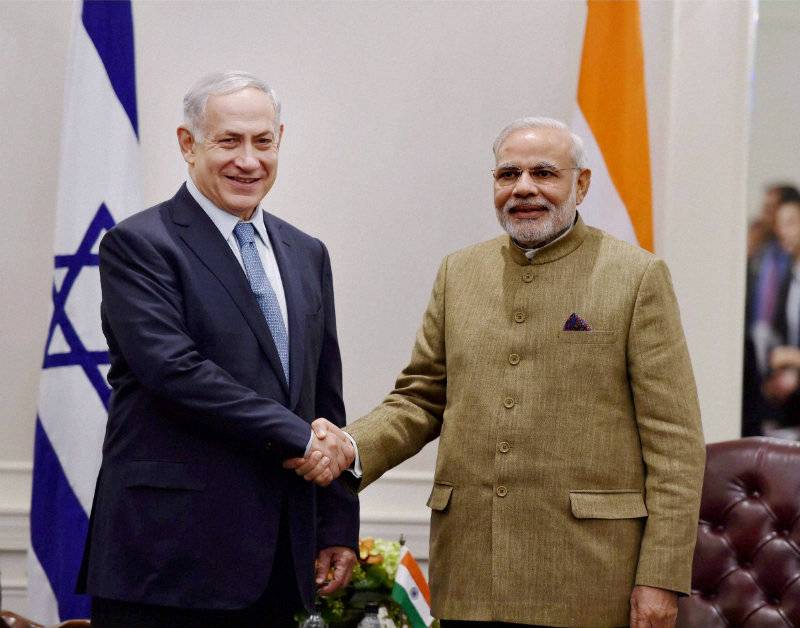 NEW DELHI - Narendra Modi is set to become the first Indian prime minister to visit Israel on Tuesday to boost the growing ties that have led to billions of dollars in defence deals.

Israel, which is occupying Palestine since 1947, has been portraying the Modi’s visit as ‘historic’, according to Times of India.

Prime Minister Benjamin Netanyahu called the visit, which marks 25 years since the two countries established diplomatic relations, a “further expression of the state of Israel's military, economic and diplomatic strength.”

“This is a very significant step in strengthening relations between the two countries,” the Israeli leader said.

“India is a huge country with over 1.25bn people and is one of the world's largest, growing economies. Ties between Israel and India are on a constant upswing.”

India is the world's biggest importer of defence equipment, and Israel has become one of its major suppliers.

Israeli media reports that the two countries see more than $1 billion in defence deals each year.

Israel announced on Sunday it had reached a deal worth $630 million to provide India's navy with missile defence ...

The deal will see IAI provide India with an advanced defence system of medium-range surface-to-air missiles, launchers and communications technology It later announced a deal worth $630m to provide India's navy with missile defence systems.

Israel's defence deals have included components that will be assembled in India.

Modi will apparently not travel to Ramallah to meet with Palestinian leaders during his three-day stay, as is common for many foreign dignitaries.

He did, however, meet Palestinian president Mahmud Abbas in New Delhi in May this year.

But the frost has thawed in recent years, with India seeking closer defence ties with Israel, particularly as New Delhi turns increasingly away from traditional ally Russia for its military hardware. 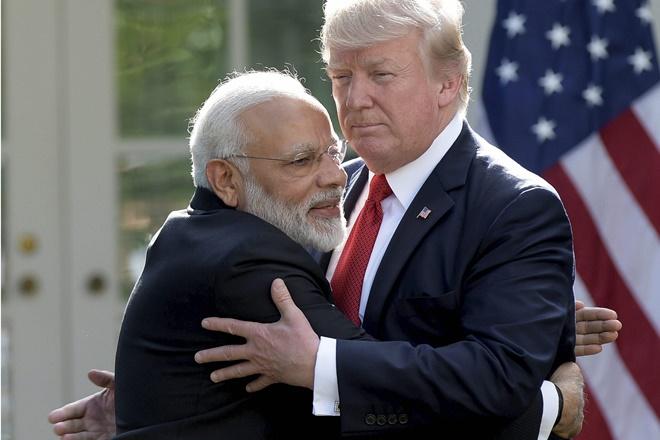 Last week Modi, a Hindu nationalist, made a visit to Washington, where he and US President Donald Trump embraced each other as friends, vowing to work more closely on combatting terrorism, the war in Afghanistan and defence cooperation.