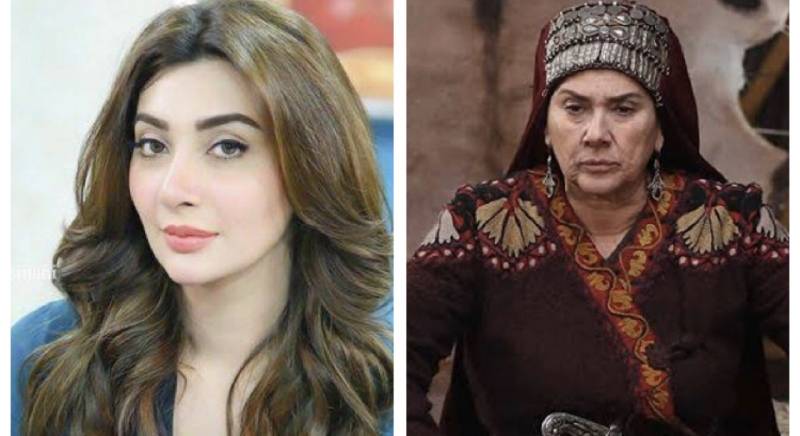 Popular Turkish television series Diriliş: Ertuğrul is still #1 in Pakistan on Netflix and has become a phenomenal worldwide hit.

Ertuğrul has been all the rage in Pakistan since the moment it was available and the love for it continues to grow even more than it already has!

The latest viewer who can't stop gushing about the show is former television and film actor Aisha Uqbah Malik.

Most celebrities have been obsessing over Engin Altan Düzyatan and Esra Bilgic, essaying the roles of Ertuğrul and Halime Sultan. However, Malik showered praises for Hulya Darcan, who plays the role of Hayme Ana, the mother of Ertugrul and wife of Kai tribe chief Suleman Shah in the serial.

Malik shared a picture of Darcan on Instagram and the caption of the post was full of praises for the actor.

"On the second season of Ertugrul. My Mr and I are completely hooked. What an amazing representation of Islamic culture, values and history," wrote Malik.

She then added, "Hayme Ana is by far our favourite character from Ertugrul. Leadership, steadfastness love and loyalty depicted impeccably by this graceful lady. What a phenomenal PHENOMENAL actress."