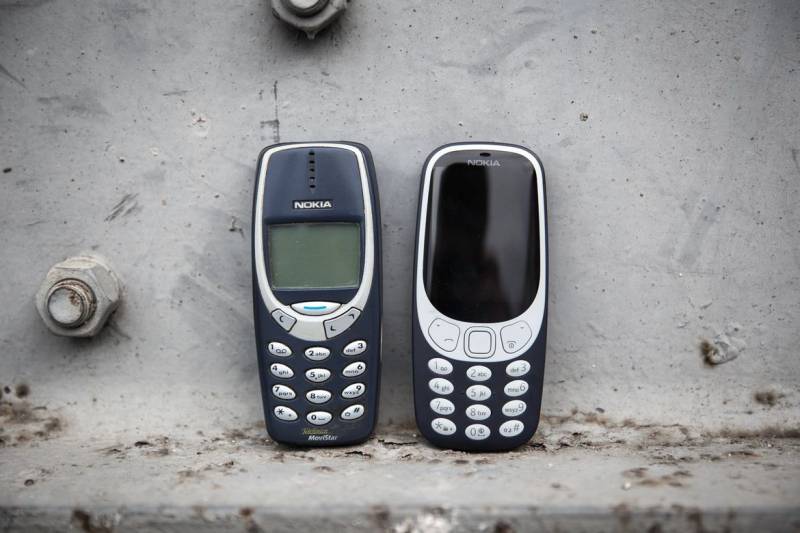 I remember when my dad bought the first mobile phone in our family.

I remember the first time I saw a Nokia 3310. I remember wondering what it was. It looked a bit like a phone but it couldn’t have been, it must have been a new kind of Game-boy, after all, how could a phone work without an antenna? Of course it had an antenna but until then, the majority of phones had one that protruded out the top and stabbed you in the groin, unless you were one of those losers who strapped their phone to their belt, in which case it stabbed you in the belly instead.

It wasn’t just the lack of an antenna that suggested it was some sort of toy to me, it was colourful, not just colourful but covered in pictures! Nokia had realized something that Apple has recently rediscovered with its arrival on the smart watch scene. If you expect people to carry a device with them all day long, being seen with it where ever they go, you’ve got to allow them to make it there own. Nokia did this in several ways.

The device was brilliantly customisable, you could remove the outer casing and replace it with one of thousands being produced. It also introduced truly customisable ringtones, you could either buy or send them to others by SMS text message or you could create them yourself using the built in composer. To this day, I still have Coldplay’s Clocks beeping out of my phone, having punched in the button presses needed to recreate it in the composer after dialing up to a website that listed all the key combinations I could possibly want, much like cheat codes.

We also had screensavers, little pixel art images that would show up on the screen after a few seconds. You could even send these pictures in text messages, all it took was the cost of three messages. That was something else the phone gave the masses, the ability to send long text messages that were strung together. These days most people are oblivious to the fact that their text messages are limited to being not much longer than a tweet, any longer and you’re paying for multiple messages, Nokia’s 3310 brought that to the mainstream.

And if looks, sound and screensavers weren’t enough, you could even get customized operator logos, didn’t like the plain old Warid on your screen? No problem, replace it with whatever image you want. Before long we even got the Nokia 3330, an identical phone except it had WAP internet access. I remember my shock when someone showed me a WAP page about some football team on their phone. These days, the old mobile internet is long forgotten, replaced with the real thing.

The Nokia 3310 is often hailed for its long life and sturdiness but lots of phones had that. No, the 3310 gave us something much more important, it gave us or personalization, something that my work BlackBerry certainly doesn’t offer me but almost every other phone on the market does. We may have lost the fancy outer casings, though that hasn’t stopped people adding their own anyway, we may have phones that recognize the new names of the networks (my 3310 still tells me I’m connected to Jazz) but the stuff that makes our phones ours? That started with this little phone over a decade ago. 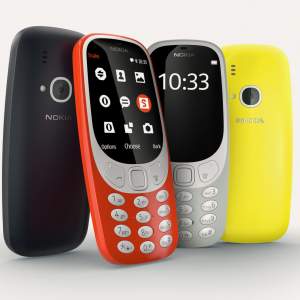 On Valentine’s Day, Nokia decided to gift the world something far better than the corny heart-shaped chocolates, or card, or whatever it was that you bought your significant other as an unimaginative show of constipated affection. The fallen Finnish tech giant announced that it will be reissuing the legendary Nokia 3310, thus hosing everyone born between 1970 and 1990 down with a blast of collective Y2K nostalgia.

The relaunched 3310 gets a bit of a makeover, but the $50 feature phone is still dead simple.

The modern handset is lighter and more colorful, with options in red, yellow, blue and gray. (I wouldn't need my old duct-taped Superman case this time around.) It also features a color screen, 2-megapixel camera, microSD slot and the Opera Mini browser for basic web surfing.

Battery life is the biggest selling point: Unlike battery-sucking smartphones, the Nokia 3310 features 22 hours of talk time and a full month on standby. And in a fun throwback feature, the new 3310 features a revamped version of the game Snake.

The Nokia 3310, which will be available for $52 (Pkr. 5500) in the second quarter of the year, is not meant to compete with modern smartphones. The handset is designed to appeal to people who can't afford modern smartphones. It could also be an attractive first phone for kids, a second phone to use while traveling, or a temporary "burner" phone.