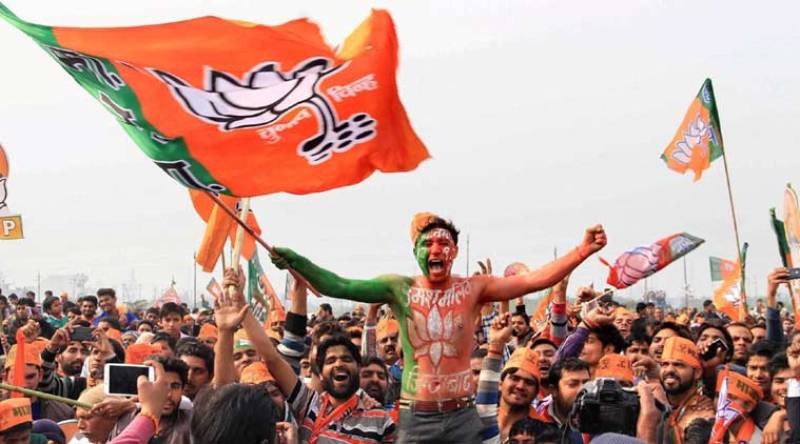 Though final results would be announced by India's Election Commission in the evening, live TV reports suggested that the BJP wrested Tripura from the Communists and seemed comfortably placed to form the next government in Nagaland with its alliance partner, while Meghalaya gave a fractured mandate.

In Meghalaya, the country's main opposition party the Indian National Congress (INC) had the erstwhile government. This time the INC seems to be winning in most number of constituencies, around 20 out of the total 59 constituencies that went to polls. However, the party was not able to open its account in both Tripura and Nagaland.

Now, across the country the Communists have been reduced to just one state - Kerala. On the other hand, with both Tripura and Nagaland in the BJP's kitty, the party will have governments in 21 states, while the main opposition party the INC has been reduced to just four states, namely, Punjab (in north India), Karnataka and Puducherry (both in south India), and Mizoram (in north-east India).

BJP's win in Tripura was hailed as the brightest feather in its cap as the party defeated the Communists who had successive governments in the state for over two decades.