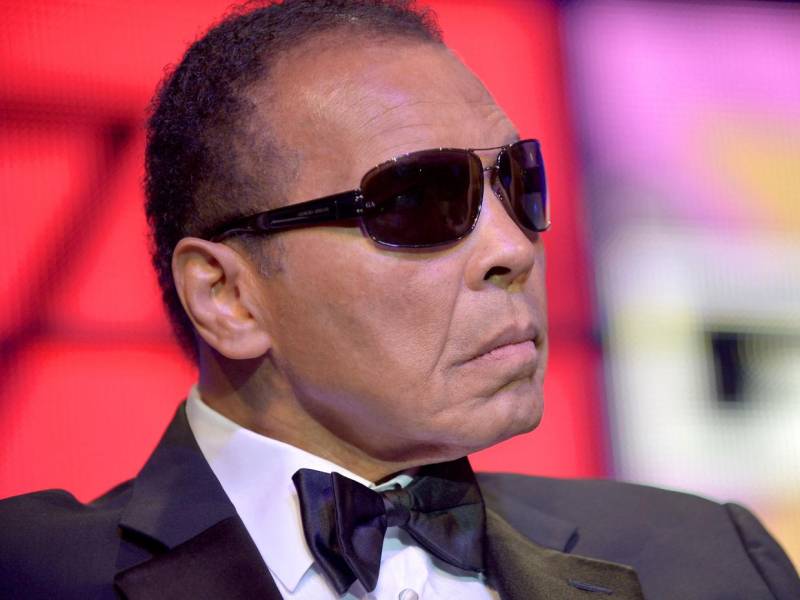 WASHINGTON (APP) - American media gave a hero's coverage to the boxing icon Muhammad Ali who breathed his last on Friday, hailing him as "one of the most influential athletes in American history" and a "great heavyweight champion" who also had a great passion for humanitarian issues.

"In a career full of seemingly magical feats, Ali's greatest trick may have been his transformation' from one the nation's most reviled characters to one of its most beloved," said the top news of the Wall Street Journal. "It was in that journey that the boxer left his marks, including welts, cuts and bruises on American culture."

The greatest boxer of all time was admitted to hospital earlier this week with respiratory problems and died on Friday in the Phoenix area. He had Parkinson's disease for more than 30 years. His funeral will be held on Wednesday in his hometown of Louisville, Kentucky.

Born as Cassius Clay, Ali converted to Islam, changed his name, and became a sports icon for people of all faiths, especially Muslims. For people in Pakistan, he was one of their own. Streets would become deserted during his boxing contests and his victory would be treated as a national feat.

"Time zone by time zone, the people of the world awoke on Saturday to the cold realization that it would be the first day in 74 years without Muhammad Ali in their midst," the top story of the Washington Post said in a glowing tribute to the boxing legend.

Ali won the Olympic gold medal in 1960 and the world heavyweight title four years later but was stripped of his title in 1967 when he refused to be drafted into the US military and join the American war in Vietnam, expressing solidarity with the people of Vietnam who had also been oppressed by the "white slave masters". He was arrested but his conviction was overturned in 1971. Ali's stance earned him world fame.

A CNN report praised his passion for humanitarian issues, recalling his efforts for the release of Washington Post journalist Jason Rezaian who was released after over a year of captivity in Iran. When his arrest was made public, Ali wrote directly to the Iranian authorities for his release, calling the journalist a professional.

Ali's death has come at a time when American Muslims are facing a tide of Islamophobia spurred by some of the Republican party candidates, including presidential nominee, Donald Trump.

After the terrorist attacks in Paris and San Bernardino,  Trump had said that he would ban the entry of Muslims entry into the United States if he became president.

Reacting to Trump's suggestion, Ali wrote in a statement that true Muslims know the violence perpetrated by militants is against the religion of Islam and, addressing Trump he wrote: "I believe that our political leaders should use their position to bring understanding about the religion of Islam and clarify that these misguided murderers have perverted people's views on what Islam really is."