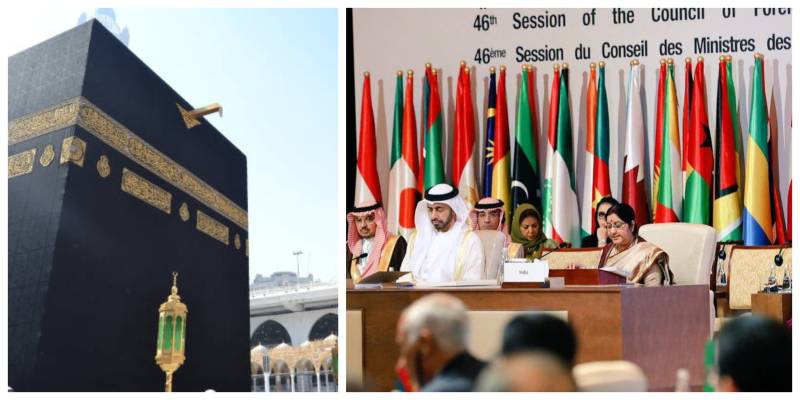 NEW DELHI – Senior leader of India’s ruling Bharatiya Janata Party, Subramanian Swamy on Sunday further fuelled the hatred against minority Muslims over the issue of rebuilding Babri mosque some 27 years after its demolition by radical Hindus.

“I am happy that the OIC Secretariat has issued a statement that Babri Masjid should be re built on Ramjanmabhoomi. If the OIC does not disown this statement then Hindu can reclaim Kaaba as a shivaling,” the former Union minister said in a tweet.

I am happy that the OIC Secretariat has issued a statement that Babri Masjid should be re built on Ramjanmabhoomi. If the OIC does not disown this statement then Hindu can reclaim Kaaba as a shivaling

Separately, the OIC negotiated and unanimously adopted 50-point Abu Dhabi Declaration, which "called upon the Indian government to rebuild the Babri Masjid in Ayodhya".

ABU DHABI - The 46th Session of the Council of Foreign Ministers of Organization of Islamic Cooperation (OIC) held in ...

The demolition of centuries-old Babri Masjid by a Hindu mob in Ayodhya in late 1992 sparked deadly religious riots around the country, killing about 2,000 people.

The minority Muslim community in the town feels under siege once again, with some saying tensions are running at their highest levels since the riots, as Hindu groups intensify demands for the construction of a Hindu temple on the same site.

In September 2010, the Allahabad High Court ruled that the main site where the mosque once stood should be split into three parts, one for Muslims and two for Hindus.

In late 2010, both Muslim and Hindu groups challenged the division of the site in the Supreme Court, where it remains unresolved. In October, the top court again delayed a hearing on the matter until at least January, enraging Hindu groups.

Modi's BJP said in its 2014 general election manifesto that it would "explore all possibilities within the framework of the constitution" to facilitate the construction of a Ram temple at the disputed site.

As Hindu hardline groups intensify the pressure on the government, Uttar Pradesh Chief Minister Yogi Adityanath, a Hindu priest and BJP leader, has promised a "grand" statue of Lord Ram in Ayodhya. He has also changed the name of the district where Ayodhya town is located from Faizabad, which has Muslim origins, to Ayodhya.

Modi, who has adopted "development for all" as his driving philosophy, has not commented on the temple issue since coming to power.

Rahul Gandhi, the president of the main opposition Congress party, has also stayed away from the controversy, but his party colleagues have said any law allowing the construction of the temple would be unconstitutional because the matter is before the Supreme Court.

Muslim leader Haji Mahboob Ahmad, who lives in Ayodhya and is a petitioner in the court case, says tensions are running high in the town but that he would continue to demand the reconstruction of a mosque on the disputed site.

India was upset as the OIC Kashmir resolution comes at a time when it was invited for the first time at any OIC forum. Rejecting the OIC resolution, India's Ministry of External Affairs said, "Our stand is consistent and well known. We reaffirm that Jammu and Kashmir is an integral part of India and is a matter strictly internal to India."

The Abu Dhabi Declaration also praised Pakistan Prime Minister Imran Khan for his decision to release the Indian Air Force (IAF) pilot (who was captured after his MiG-21 Bison was shot by PAF) as "a gesture of peace and goodwill".

"We welcome the positive initiative undertaken by the Prime Minister of Pakistan Imran Khan to hand over the Indian pilot as a gesture of goodwill to de-escalate tensions in the region", the OIC Abu Dhabi Declaration 2019 says.

LAHORE - The body of the Pakistani prisoner, who was stoned to death by Indian inmates in Rajasthan’s Jaipur Central ...