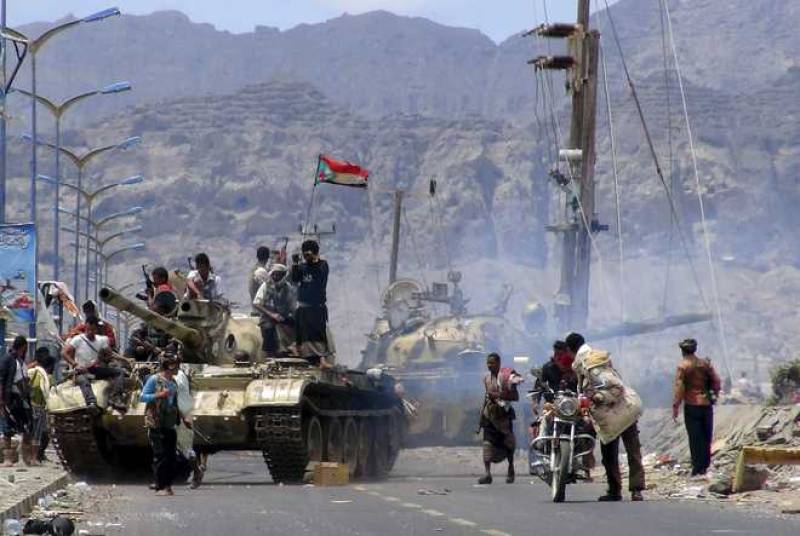 ADEN (Web Desk) – The Saudi-led coalition battling rebels in Yemen sent a “limited” force to the city of Aden on Sunday, Yemeni sources said, in what would be its first ground deployment inside the country.

A spokesman for the coalition denied that a major ground force has landed, refusing to comment on "ongoing operations".

But Yemeni government and militia forces said the several dozen troops had landed in the main southern city, with some sources saying they were engaged in fighting for its international airport.

An AFP journalist saw several men in the vicinity of the airport dressed in clean military-style clothing, wearing helmets and carrying sophisticated weaponry.

"A limited coalition force entered Aden and another force is on its way" to the port city, a Yemeni government official there told AFP, requesting anonymity.

The coalition launched air strikes against the Iran-backed Huthi rebels and their allies on March 26 after they seized control of large parts of the country and advanced on Aden, where President Abedrabbo Mansour Hadi had taken refuge.

Hadi fled to Saudi Arabia and the Huthis — who have joined forces with army units loyal to ex-president Ali Abdullah Saleh — have refused to concede territory or down arms despite international pressure.

A leading member of the so-called "popular committees" militia supporting Hadi told AFP the newly deployed troops "will start helping us in fighting the Huthis and Saleh's forces".

He said the troops will mainly back pro-Hadi fighters around the rebel-held airport, which has changed hands several times and was the focus of heavy fighting overnight.

Other militia commanders confirmed that a few dozen coalition soldiers, mostly Saudis and Emiratis of Yemeni origin, were on the ground in Aden.

One militia source said some 30 soldiers from coalition countries had deployed to "supervise" operations to retake the airport.

Coalition spokesman Brigadier General Ahmed Assiri denied a major ground force had landed in Aden, telling the Saudi Al-Ekhbariya news channel: "I can assure you that no (coalition) forces disembarked on the ground in Aden today."

But, speaking to the Doha-based Al-Jazeera news channel, he said that the coalition "cannot comment on future or ongoing operations" and that "all options are open".

"The coalition leadership will not spare any effort to support the resistance and achieve positive results on the ground," Assiri said.