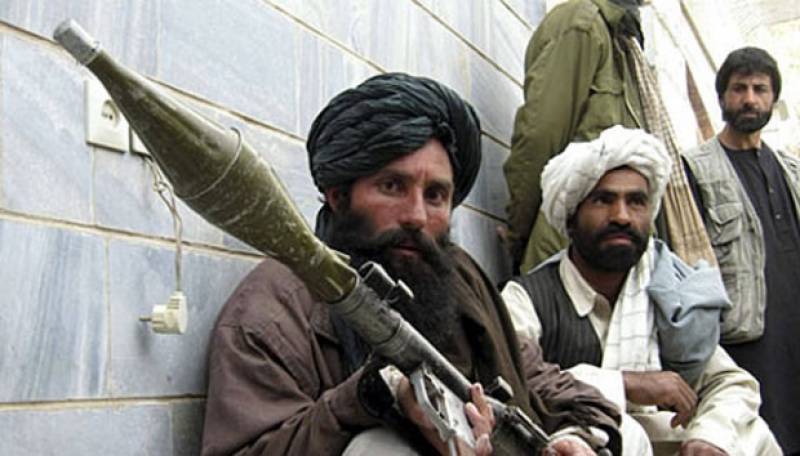 AL-KHOR/PESHAWAR (Web Desk) - Taliban representatives met with Afghan political figures for a second day in Qatar on Sunday, and one participant said the two sides discussed a possible ceasefire but ultimately disagreed over the continued presence of US troops in the country.

The United States and Pakistan, long-regarded by critics as sympathetic to the Afghan Taliban, both welcomed the closed-door talks aimed at ending an insurgency that has raged in Afghanistan since US-backed forces drove the Taliban from power in 2001.

The informal talks, hosted by Qatar's foreign ministry, came as fighting escalated after the withdrawal of most US and allied troops. The Taliban recently launched an offensive in northern Afghanistan that brought its fighters to the outskirts of Kunduz city, a provincial capital.

Participants in Sunday's meeting in Al-Khor, a seaside town north of Doha, emerged from the venue smiling and laughing on Sunday but refused to talk to waiting reporters.

The Afghan government has made no official statement on the meetings, though a member of the country's High Peace Council confirmed a delegation would attend meetings in Qatar with the Taliban.

One Taliban participant in the talks told Reuters by telephone late on Sunday that an eight-member Taliban delegation, headed by Sher Mohammad Abbas Stanekzai, had held direct dialogue with Afghan officials.

"After the dialogue began, ‎our people gave demands and conditions in written form and ... distributed copies among all the participants," he said on condition of anonymity.

"Then the dialogue started openly, and the Afghan delegation and Qayyum Kochai, uncle of (Afghan) President Ashraf Ghani, demanded we stop our fighting and announce a ceasefire. They called us brothers and advised us to come to Afghanistan and obey the Afghan constitution," he said.

The Taliban said they would not stop fighting until all foreign forces left Afghanistan, he said.

The government delegation argued that most foreigners had already left and only trainers remained, who would also leave if the Taliban stopped fighting, he said.

The talks ended with no agreement except to hold another meeting in the United Arab Emirates "probably next month".

Tens of thousands of Afghans have died since the US and its allies drove the Taliban's hard-line Islamist regime from power in 2001. Several previous peace initiatives have failed.

Taliban and Afghan sources have said the Qatar dialogue was also attended by representatives of several countries including the United States, China and Pakistan.

An official of the US State Department said the United States had "no meetings ongoing or scheduled with the Taliban in Doha or elsewhere", but Washington was "strongly supportive of an Afghan-led and Afghan-owned reconciliation process whereby the Taliban and the Afghans continue engaging in talks towards a settlement to resolve the conflict in Afghanistan".

Pakistan had no comment on whether it attended but applauded the dialogue.

"Pakistan fully supports peace talks between the Afghan government and Taliban in Qatar," said Aizaz Ahmad Chaudhry, the foreign secretary of Pakistan. "Peace in Afghanistan is imperative for peace in the region."

Chinese officials could not immediately be reached for comment.