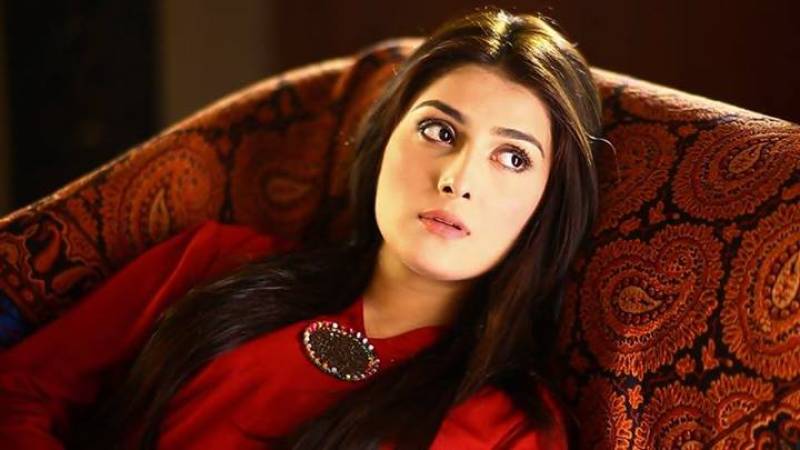 KARACHI - Popular Pakistani TV  actress Ayeza Khan has turned her Instagram account to private as she wants ‘fans only not just followers’.

The 28-years old actress, who gained much popularity through her drama serial aired on Pakistan Television in 2014 Pyaare Afzal opposite Hamza Ali Abbasi, and also was praised by the audience from across the border when the show was aired in India. 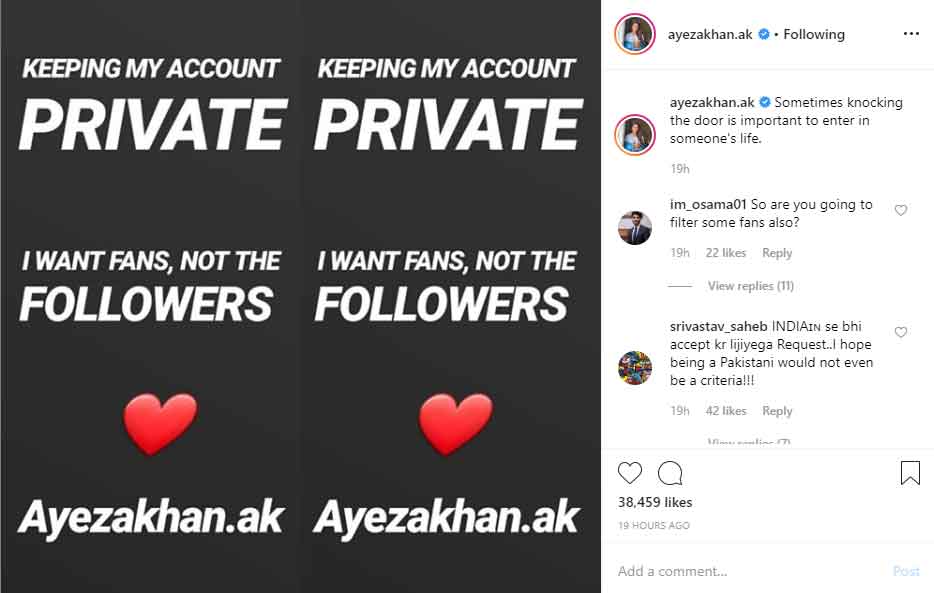 This is indeed very surprising for her fans as in an age of the internet where the most celebs are in the race of increasing numbers of their followers Ayeza Khan is doing exactly the opposite.

KARACHI - Social Media has connected the people all the world and now that the access of connectivity is so easy, ...

On the work front, currently, Ayeza Khan can be seen in her latest drama serial Yaariyan aired on Geo TV which is highly appreciated by the audience since its first episode.

Electronic media is the fastest way of communicating with large masses and taking advantage of this technology many ...

Currently, Pakistani heartthrob Mahira Khan has the most Instagram followers, around four million. Second on the list is Mawra Hocane.

What is your say on this decision by Ayeza Khan? Let us know in the comments box.