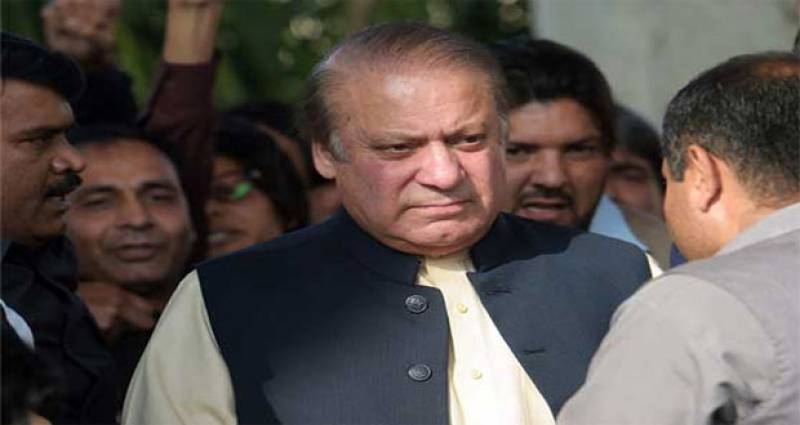 Sharif headed to the court on Wednesday after arriving in the city via a special plane and was accorded with a rousing welcome by the party loyalists, though he avoided engaging with media for too long.

One of the newsmen present outside the court asked the former premier about the statement of former education minister, Rana Mashhood, about the settlement of party with the establishment.

ISLAMABAD- An accountability court in Islamabad deferred trial proceedings in the Al-Azizia reference against former ...

'Shehbaz Sharif has taken notice of the statement,' the elder Sharif replied adding that he was in a different state of mind but he was being confronted with political questions.

Sharif also narrated a poetic verse, implying that he should not be pressed too much as he was aware of too many issues, that could stir a storm.

At the onset of the hearing, accountability court judge, Arshad Malick addressed the counsel for Nawaz Sharif, Khawaja Haris that he was still going through files.

'Just grant me ten minutes,' pleaded Haris following which the judge adjourned the hearing for 15 minutes.

Besides Al-Azizia reference, another reference regarding the Flagship Investment firm has also been filed by the accountability watchdog against the members of the former ruling family including Nawaz Sharif.