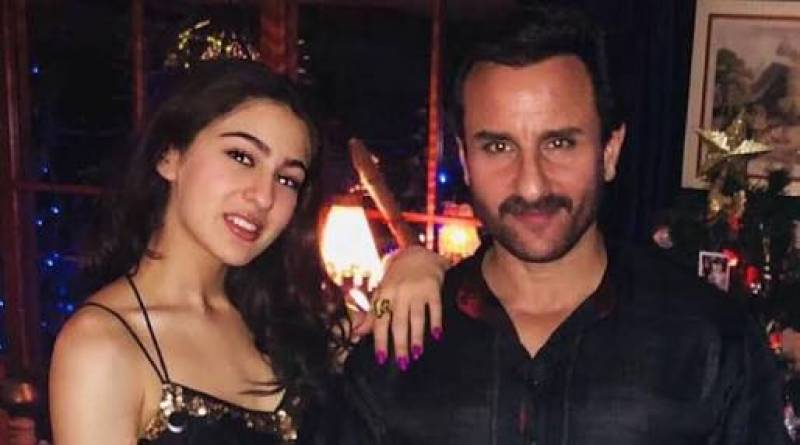 Karan Johar is done shooting the first episode of his much awaited show ‘Koffee with Karan’ season 6 and who else would be better guest than Saif Ali Khan. He was accompanied by his daughter Sara Ali Khan who was requested on the show by Karan Johar for more fun, gossips and insights of the family fun.

The father daughter duo twinned is Black. Said wore an all black suit looking handsome as ever while Sara wore a black and white dress. Karan Johar is close to the family so he wanted her daughter to be a part of the onscreen fun so people can see how close they both are and he’ll have her reveal secrets of Saif Ali Khan.

Sara is also debuting in Bollywood under the Dharma banner with Ranveer Singh cast opposite her and the film is directed by Rohit Shetty. This will be an interesting episode to watch as we don’t see a lot of click coming from the father daughter duo together that often.