Salman Khan drops the teaser of the much-awaited Dabangg 3 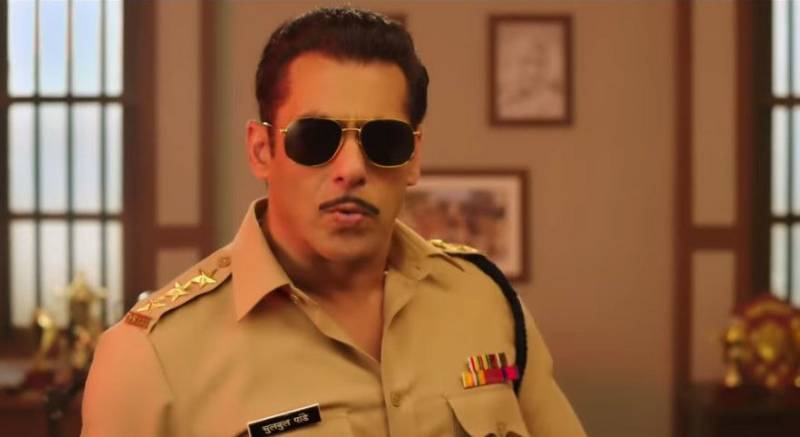 LAHORE - Bollywood hunk Salman Khan has dropped a teaser of his upcoming flick ‘Dabangg 3’ and fans have gone wild.  The superstar, who has already changed his Twitter handle name to Chulbul Pandey, tweeted the teaser on Tuesday afternoon.

“Hello! My name is Chulbul Pandey. Nice to meet you! #Dabangg3WithChulbulPandey,” wrote Khan with the teaser, referencing the maverick cop who remains his most popular screen avatar ever.

The third film in the Dabangg franchise, Dabangg 3 also stars Sonakshi Sinha, Arbaaz Khan , Mahie Gill and Sudeep among others. The first instalment which released in 2010 was directed by Abhinav Kashyap. The second film was helmed by Arbaaz Khan . Dabangg 3 is scheduled to hit theatres in Hindi, Tamil, Telugu and Kannada on December 20.