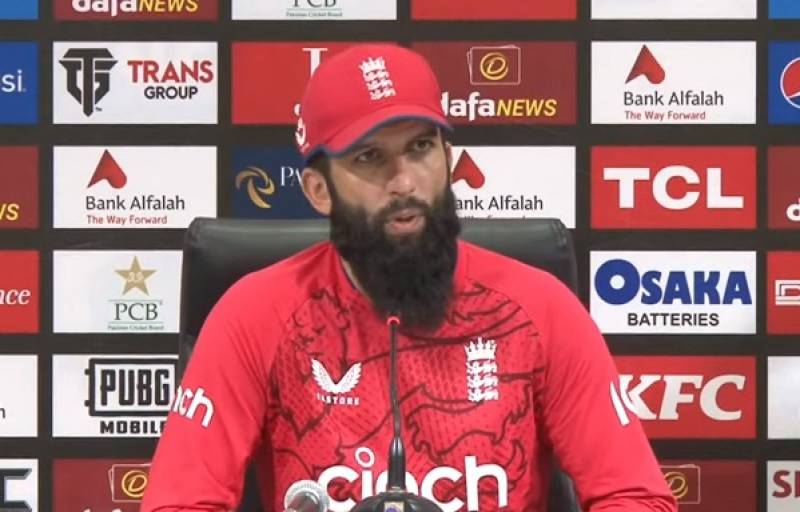 LAHORE – England won the seven-match T20I series, played in Karachi and Lahore, against Pakistan after they bagged a clinical 67 runs victory over the hosts in final game at the Gaddafi Stadium in Punjab’s capital.

England skipper Moeen Ali appeared in a press talks after winning the series where he encountered various questions about security, fans response and definitely about traditional Pakistani food while here.

Responding to a question, Ali drew a comparison between foods he was offered during his stay in Karachi and Lahore

He praised the Karachi foods, calling them “very nice” but when it came to Lahore he expressed disappointment.

The T20I series was historic one as it was for the first time in 17 years that England team visited Pakistan.

LAHORE – England beat Pakistan by 67 runs in the seventh and the last game of the T20I series at Lahore's Gaddafi ...