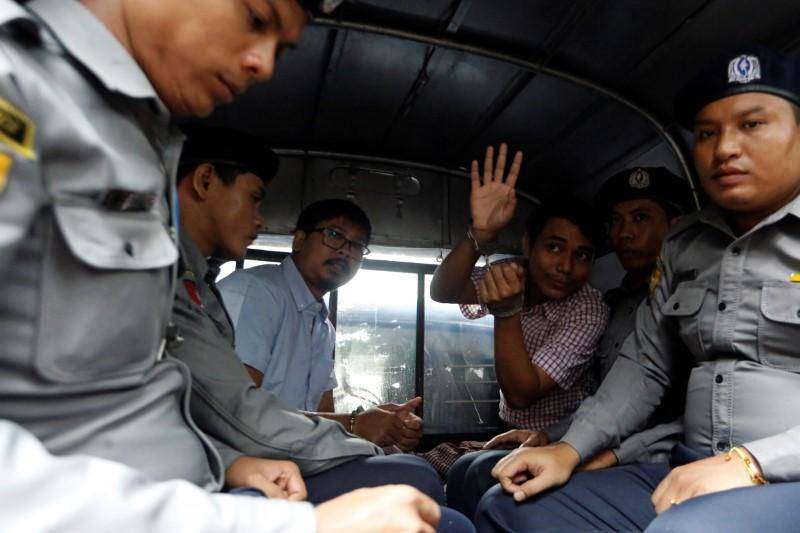 NAYPYIDAW - A court in Myanmar handed on Monday a 7-year sentence to two Reuters journalists for breaching a state secret act while investigating the oppression against Rohingyas, who are mostly Muslims.

“The defendants...have breached Official Secrets Act section 3.1.c, and are sentenced to seven years. The time already served by the defendants from Dec. 12 will be taken into consideration,” the judge said.

The reporters had told the court they had received the confidential documents from two police officials at a restaurant moments before they were detained.

The Reuters reporters were arrested on December 12 last year when they were investigating the killing of 10 Rohingya and other atrocities committed by soldiers in Rakhine state.

Myanmar has denied allegations of abuses leveled by refugees against its personnel, saying they conducted a legitimate counterinsurgency operation against Muslim militants in the state.

But the military acknowledged the killing of the 10 Rohingya men and boys at Inn Din after arresting the Reuters reporters.

Mass killing of Rohingya Muslims in Myanmar is 'genocide', says US