US reveals strategy for Pakistan before Pompeo's visit 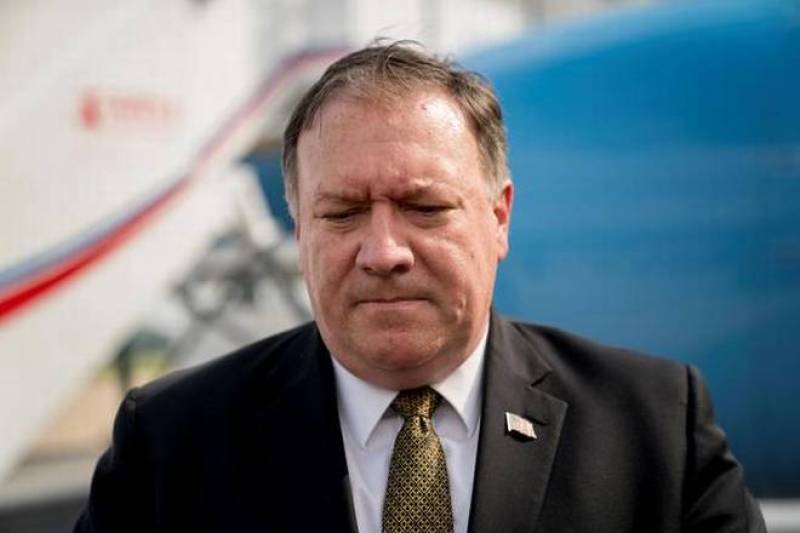 WASHINGTON - Prior to the arrival of US Secretary of State Mike Pompeo and the US military chief for their first face-to-face talks in Islamabad with the newly installed government under Prime Minister Imran Khan on Wednesday, the Trump administration stressed that Pakistan will have to follow the US strategy in Afghanistan for good bilateral relations.

State Department and the Pentagon have urged Pakistan to use a combination of military and diplomatic pressures to force the Taliban to work with Kabul for restoring peace in Afghanistan.

The Trump administration hopes that a working relationship between the Taliban and Kabul could lead to an honorable withdrawal of US troops from Afghanistan.

Earlier, the Pentagon announced that it was seeking to reallocate $300 million in aid to Pakistan due to Islamabad’s lack of “decisive actions” in support of America’s Afghan strategy.

The US has been pushing Pakistan to crack down on alleged militant safe havens in the country — which Pakistan denies — and announced a freeze on aid at the beginning of the year that an official said could be worth almost $2 billion.

No restoration of US security assistance to Pakistan before the war in Afghanistan ends, more restrictions may be imposed and Washington has serious concerns about Pakistan’s growing economic ties with China, said Assistant Secretary of Defence for Asian and Pacific Security Affairs Randall G. Schriver.

The Trump administration was willing to give Imran Khan and his team some “space” to make their policies, he added.

“In terms of separating what was said during a campaign and what he said since the election, we want to give him (Mr. Khan) space to find the opportunities to improve things with India,” Schriver said.

Mr. Schriver also dispelled the perception that Washington was trying to destabilize Pakistan.

“We are not interested in a failed Pakistan by any stretch of the imagination. So, we want them to be successful,” said the top US official while indicating that Washington could also work with international financial institutions to help boost the ailing Pakistani economy because “economy is going to be the key” to Pakistan’s success.

Meanwhile, Pakistan's Foreign Minister Shah Mehmood Qureshi said Islamabad will promote relations with the US based on mutual trusts, respect and dignity.

The US stoppage of $300 million was the money it owed to Pakistan in Coalition Support Funds (CSF), adding that it cannot be described as American aid.

Talking to media at Foreign Office on Sunday evening, he said Pak-US relations were at the standstill when the new government came to power as the previous government did nothing to improve them.