At least 25 killed after dive boat catches fire off California 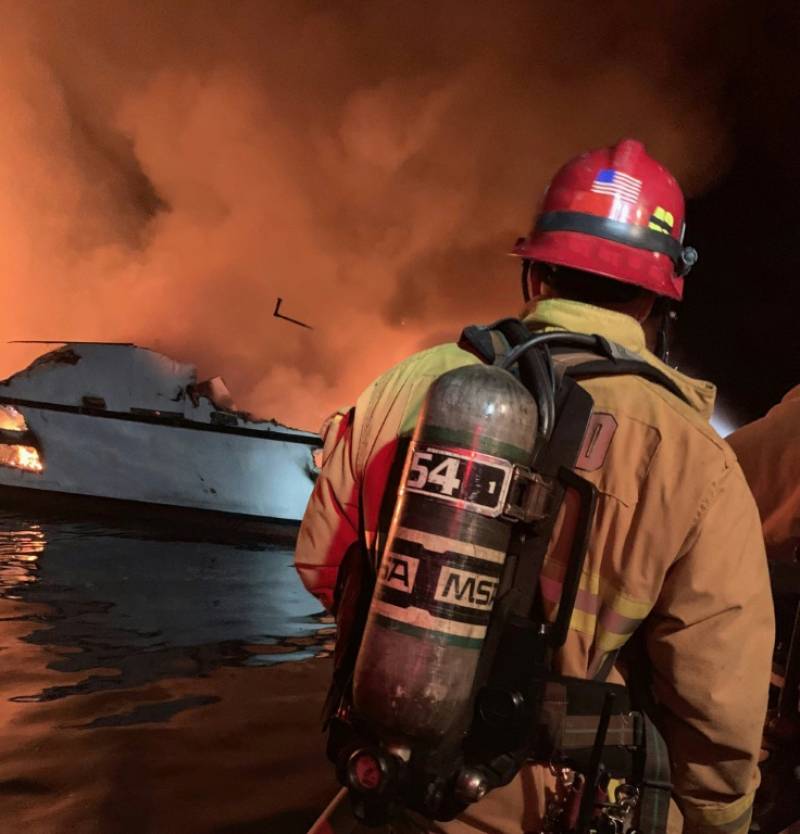 CALIFORNIA – At least 25 people were killed after a scuba-diving boat caught fire and sank off the California coast.

The US Coast Guards have recovered twenty-five bodies on the ocean floor, while nine people are still missing.

39 people were on board the vessel when the fire broke out; however, five crew members had escaped earlier.

According to details, five conception crew members were awake and jumped into the water when flames burst out around 3:15 am (1015 GMT).

The Conception sank 20 yards (meters) off the island's northern shore, leaving only its bow exposed.

US news outlets released audio of a distress call in which a crew member on the boat yells, "Mayday! Mayday! Mayday!" and "I can’t breathe!"

A Coast Guard operator inquired that the man if the passengers can get off the boat and if the crew has fire extinguishers, but the response is inaudible.

According to coast guard, the fire was put out multiple times but flared back up due to the fuel in the vessel.