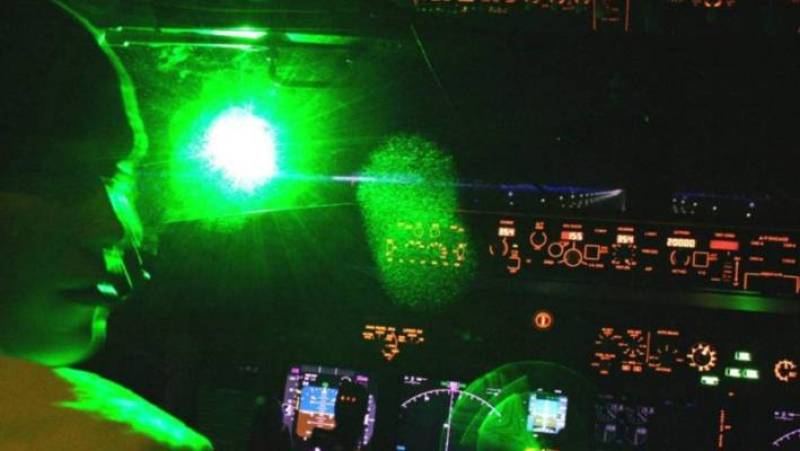 ISLAMABAD - An international flight has been targeted with laser light just before landing at the airport on Thursday.

According to media details, the flight coming from Doha was just seven nautical miles away from landing when the pilot of the flight was distracted by a yellow flashing laser light.

The captain of the flight immediately informed the Air Traffic Controller (ATC) about the incident.

Meanwhile, a complaint has been registered at PS Rawat.

It is pertinent to be mentioned here that Pakistan Civil Aviation Authority (PCAA) rules 1994 prohibit illumination of any such light which can be mistaken for an aeronautical ground.