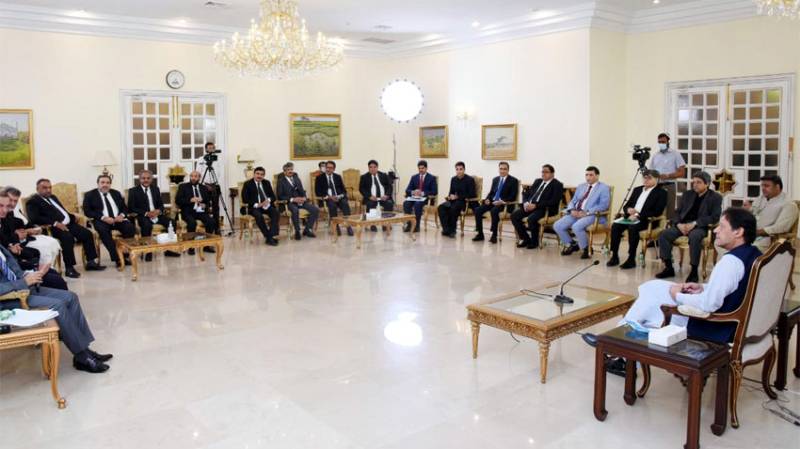 Prime Minister Imran Khan has said that the present government is reforming civil and criminal laws so that relief could be provided to the common man.

The premier expressed these views while taking to the members of the Executive Committee of Supreme Court Bar Association who called on him in Islamabad.

The prime minister said services of lawyers’ organizations are invaluable in promoting and strengthening democracy. He said legal reforms would reduce case load on the courts.

Imran Khan said that support of lawyers’ representative bodies was required in the government’s agenda of legal reforms.

“The government is cognizant of problems faced by lawyers and every effort will be made to resolve them,” he added.

He directed the immediate removal of hurdles in the establishment of housing colony for lawyers, inclusion of lawyers in Naya Pakistan Housing Program, provision of health cards, inclusion of young lawyers in Kamyab Pakistan program.