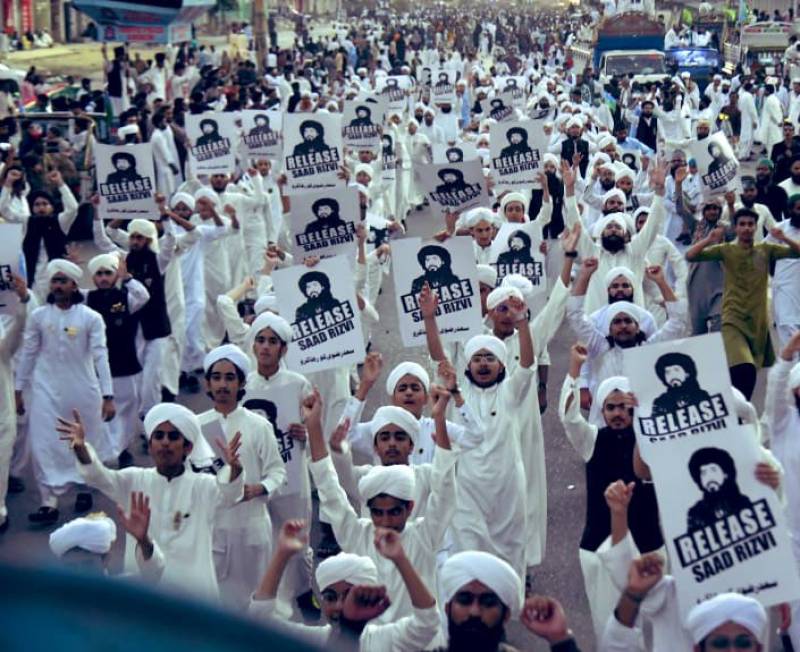 LAHORE – Law enforcement agencies have been put on high alert in Punjab capital, fearing mobilisation of Tehreek-e-Labbaik (TLP) activists in the wake of the release of their chief from jail.

A crackdown on TLP workers continued on Thursday following a protest by the banned outfit for the release of Saad Rizvi, the Punjab Home Department has directed the Pakistan Telecommunication Authority to suspend internet services in Samanabad, Sheerakot, Nawankot, Gulshan-e-Ravi, Sabzazar, and Iqbal Town.

It comes days after the Punjab government approached the Supreme Court challenging the Lahore High Court’s order declaring the detention of Rizvi illegal.

The recent directives have been issued in response to a protest organised by TLP on Wednesday as the activists blocked entry points of the city. Party workers flocked at Thokar Niaz Baig and Sheikhpura Road at the Saggian point demanding the release of the son of late Khadim Rizvi. The activists were spotted chanting slogans against the incumbent government for not complying with the court orders.

The plan for the fresh sit-ins is set to be unveiled today at 5 pm while top officials called a meeting to tackle the agitators besides devising a security plan to avoid any untoward incident. 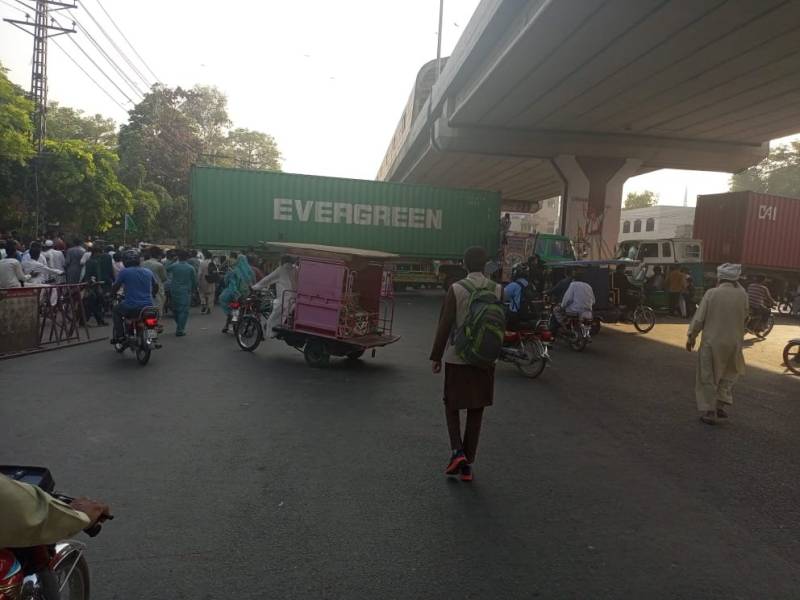 TLP's incumbent chief is detained by the Punjab government for the last six months under maintenance of public order (MPO).

LAHORE – The Lahore High Court (LHC) on Friday declared the detention of Saad Hussain Rizvi, chief of the banned ...

Meanwhile, a division bench of the Lahore High Court is yet to be constituted to hear an appeal of the government against a decision of a single bench that had set aside the detention of the TLP chief.