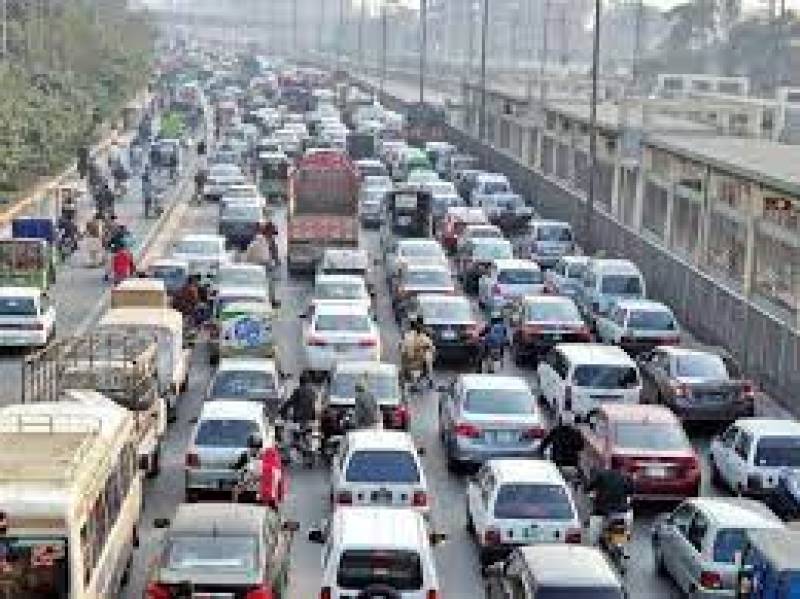 LAHORE – Protests sparked after the arrest of Tehreek-e-Labbaik Pakistan (TLP) chief Saad Hussain Rizvi have disrupted traffic in major cities of the country, including Lahore and Karachi.

Meanwhile, commuters in Karachi are also struck in traffic jams due to the protests. Police have reached the spots to bring the situation under control.

Videos circulating on social media show the demonstrators and the anti-riot personnel clashing at different places in Lahore. In one video, a mob can be seen beating up a policeman while another shows the police shelling to disperse the protesters. Dozens of videos are full of violent scenes from the leading roads in Punjab capital.

The arrest of the son of late Khadim Hussain Rizvi by the Punjab Elite Force comes days before the end of the deadline for an agreement between the government and the religio-political party over severing ties with France over publication of blasphemous caricatures.

TLP had announced a sit-in in Islamabad on February 17 to press for its demands. But on February 10, a government committee headed by Religious Affairs Minister Qadri assured TLP that it would present its demands in the parliament for approval by April 20.

TLP has been demanding expulsion of the French ambassador over publication of blasphemous caricatures.