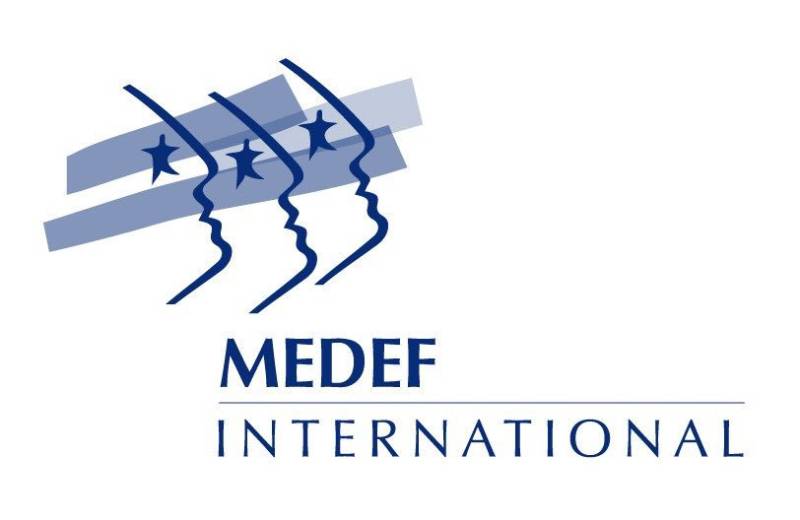 ISLAMABAD - MEDEF International, the French business confederation, organizes, with the strong support of the French Embassy in Islamabad and the Pakistani authorities, an important French business delegation in Pakistan from the 4th to the 6th of April.

This mission will be led by M. Thierry PFLIMLIN, Chairman of the France-Pakistan Business Council of MEDEF International and President of Total Global Services.

About 20 companies will take part in this delegation and will represent a wide range of sectors such as energy, environmental services, banking and financial services, agribusiness, IT and aviation industry.

The three-day long program will give French companies the opportunity to better understand Pakistani economic priorities and the business environment, as well as to engage in fruitful discussions with the Pakistani business community, particularly with members of the Pakistan Business Council.

Ministers and highest political authorities both at the federal and provincial level will take part. Some industrial site visits will also be organized in Karachi.

This visit will be a concrete follow-up of the meeting organized in MEDEF headquarters in Paris in September 2016 between French companies and Muhammad Ishaq DAR, Minister of Finance and Economic affairs, that was accompanied by Miftah ISMAIL, Chairman of the Board of Investment, and a Pakistani business delegation.

According to Thierry PFLIMLIN, “such business delegation – the first one since 2005 – embodies the existing momentum in the economic bilateral relationship and is a wonderful opportunity to strengthen commercial and industrial partnerships between France and Pakistan."