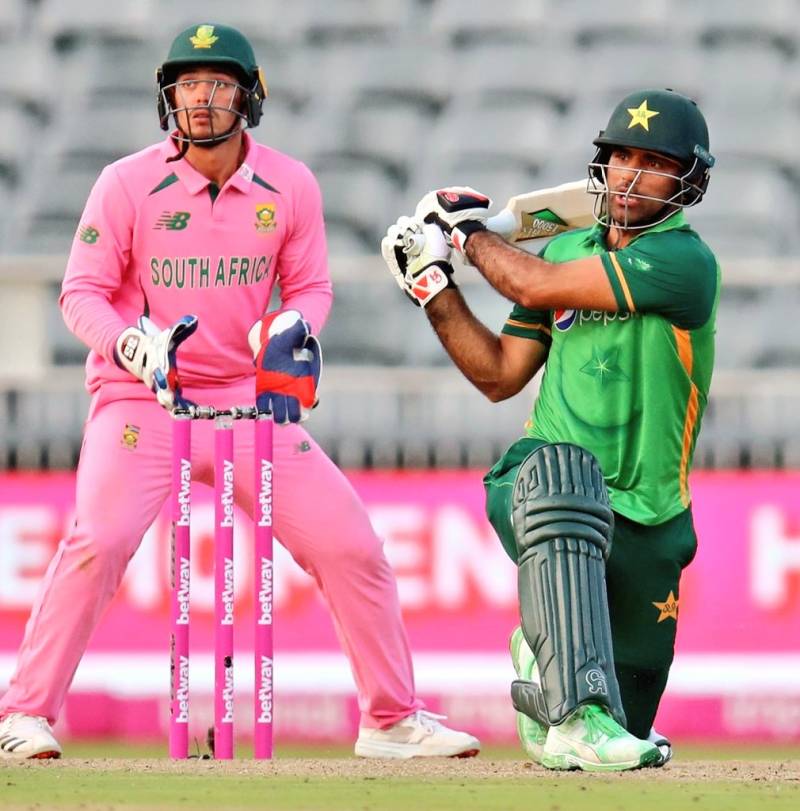 JOHANNESBURG – Fakhar Zaman missed out on a double ton as Pakistan lost to South Africa by 17 runs in the second ODI in Johannesburg on Sunday. The three-match series now stands level at 1-1.

Earlier batting first, South Africa posted 341 runs on the board for the loss of six wickets. Pakistan failed to chase the target and made 324-9 in the 50 overs. Fakhar hit 193 off 155 balls with 10 sixes and 18 fours but he lacked support.

Pakistan elected to field first after winning the toss. South Africa captain Temba Bavuma remained the top scorer with 92 runs. Quinton De Kock made 80 runs and Rassie van der Dussen and David Miller made a helpful contribution in the end with their blistering knocks.

💬 Fakhar Zaman played an extraordinary innings. I wasn't expecting this kind of onslaught from him. Probably the best innings I have come across: Temba Bavuma#SAvPAK | #HarHaalMainCricket | #BackTheBoysInGreen pic.twitter.com/VmnsUPybY4

Today's game is a pink-kit affair, meaning the hosts don their pink kits, which is to raise awareness regarding breast cancer. Pakistan continue with their traditional colours.

Pakistani captain Babar Azam has become the fastest batsman in the world to score 13 ODI centuries.  In the first ...

GAUTENG – Pakistan on Friday remained victorious in the first ODI at Centurion, winning the match by three ...