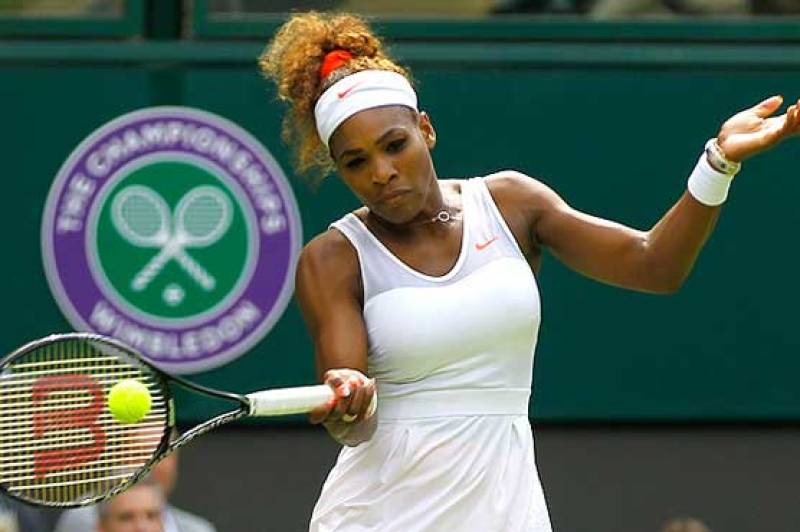 TORONTO, Canada (APP) - World number one Serena Williams continued her dominance over Germany's Andrea Petkovic with a 6-3, 6-2 victory in the third round of the WTA Rogers Cup on Thursday.

Williams, who never faced a break point and held all nine of her service games in the 62-minute match on centre court, barely broke a sweat Thursday.

The 33-year-old American advances to the quarter-finals where she will face Roberta Vinci who snapped the modest win streak of rising star Daria Gavrilova with a 6-4, 6-3 win.

Williams has beaten Vinci in all three of their previous meetings, losing just 14 games in total.

Kerber had won seven in a row and was coming off her fourth title of 2015 after winning last week's Stanford tournament.

Halep served well Thursday, especially in the third set where she rallied from a 3-2 deficit.

Halep held serve to make it three-all and after the two traded breaks to get to four-all she roared home by winning the final two games at love to oust the number 13-seeded Kerber.

"I think I played better than yesterday," Halep said. "I feel more confident now. My serve didn't work very well, but I returned well. So I'm really happy that I could win this match. I was fighting until the end."

She ripped an ace out wide to close out the match, which lasted two hours and 23 minutes.

"I knew I had to win it, because at the end I was so tired I couldn't move anymore," Halep said.

Awaiting Halep is defending champion Agnieszka Radwanska, who rallied from 4-2 down in the third set to edge Frenchwoman Alize Cornet 6-2, 4-6, 6-4.