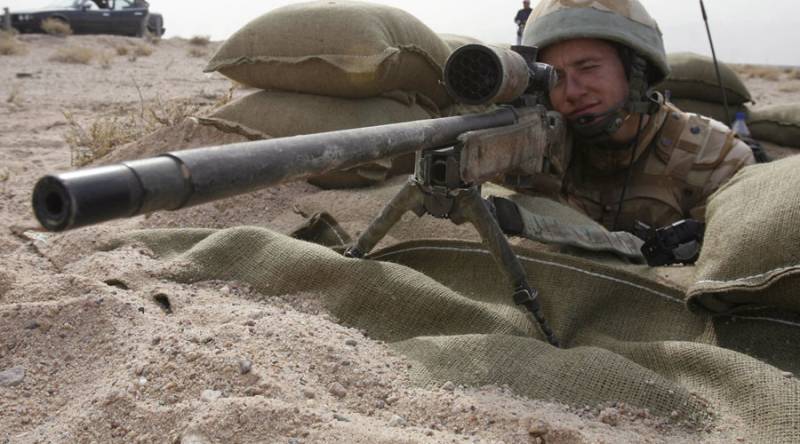 LONDON (Web Desk) - Special Forces soldiers from Britain’s most shadowy military unit are dressing as Islamic State militants and traveling deep into the badlands of Syria to track and destroy enemy assets, according to military sources.

It is reported that up to two SAS squadrons of men, around 120 personnel in all, are operating inside the borders of Syria as part of Operation Shader, which aims to destroy equipment and munitions used by the Islamic State (IS, formerly ISIS/ISIL).

The troops are operating under US command as part of the Coalition Joint Special Operations Task Force.

“Essentially, this is what we call penny packet operations - small individual incursions which hopefully join up to create tangible results,” on Saturday, a senior military source told the Express newspaper.

The source said the operations were seen as a way so soften up the enemy and gather intelligence for further military activities.

“The view here is long – it’s about finding and engaging targets, yes, but it’s also about assessing infrastructure and identifying where ISIS is hiding its equipment in order to set the conditions for a potentially larger, future engagement.”

The soldiers operate mini-drones, scouting the way ahead for targets, assigning and operating in so-called ‘kill-boxes’ – areas of territory in which no coalition airstrikes will take place during the soldiers’ time there.

The process of essentially outsourcing UK troops by placing them under foreign authority came under the spotlight recently after it was revealed UK fast jet pilots are carrying out combat operations in Syria despite a 2013 parliamentary vote banning military action in Syria.

In July it emerged that Royal Navy pilots embedded with US and Canadian forces had been involved in missions flown from aircraft carriers in the Gulf.

“It is crucial that in these important and sensitive matters the confidence and trust of this parliament is maintained as well as that of the British people,” Shadow Defense Secretary Vernon Coaker said at the time.

“The government has acted in a way that puts that trust and confidence at risk.”

Only days later it was revealed that UK drone crews had been routinely operating under US command from Creech air base in Nevada.

Concerns were immediately raised about whether RAF (Royal Air Force) personnel were involved in strikes on Pakistan and Yemen, nations which the US has been bombing for some time, but with whom the UK is not ‘legally’ at war.

A Ministry of Defence (MoD) memo accessed by the charity Reprieve referred to the embedding of UK personnel in US units as a “gift of service” to make up for manning shortfalls.