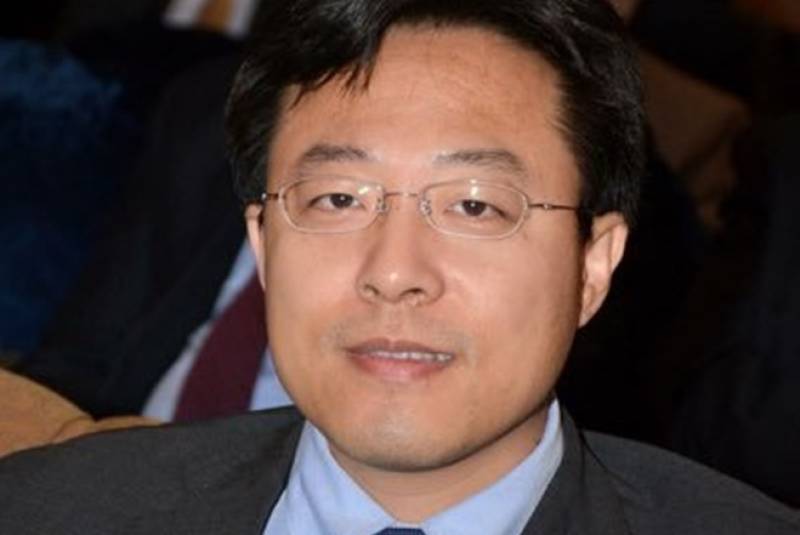 ISLAMABAD – Lijian Zhao, the Deputy Chief of Mission Chinese Embassy Islamabad and Chief of China Pakistan Economic Corridor (CPEC), has been transferred and posted in Beijing head office after serving for four years.

The outgoing Chinese diplomat Chinese Deputy Chief of Mission made a farewell call on Senate Standing Committee on Interior Chairman Senator A. Rehman Malik at his residence on Sunday.

Senator Rehman Malik highly appreciated the services of Zhao, who was accompanied by the newly appointed Chinese Deputy Chief of Mission in Pakistan and Minister of Counsellor, Chunxue Pang.

Rehman said that Zhao worked day and night to enhance the smooth and speedy execution of the China Pakistan Economic Corridor (CPEC) projects, adding that the former DCM played an exemplary role in expanding the people-to-people contact.

Zhao later attended a farewell dinner, hosted by Imtiaz Gul, the Executive Director of Center for Research and Security Studies, in Islamabad.

What a memorable farewell dinner hosted by Imtiaz Gul! Thank you all for so much love!! This is my best posting!!! It gave my farewell speech with heavy hearts. I will miss Pakistan forever, as this is my second home. I think Pakistan is the best posting for Chinese diplomats. pic.twitter.com/tSfv4Z14UO

Lijian Zhao, one of the most active Chinese diplomats on social media, has fought negative propaganda against the China-Pakistan Economic Corridor all these years in Pakistan when there was too much criticism in the local media.

ISLAMABAD - Fed up of hearing charges that the China-Pak Economic Corridor is beset with corruption, favoritism, ...

Recently, the Chinese official was in the international media headlines when a war of words between him and former US national security adviser Susan Rice broke out on Twitter on the issue of racism.

Termed as ‘a true friend of Pakistan’ by his admirers and supporters, Lijian Zhao has massive 184.7K followers on Twitter.