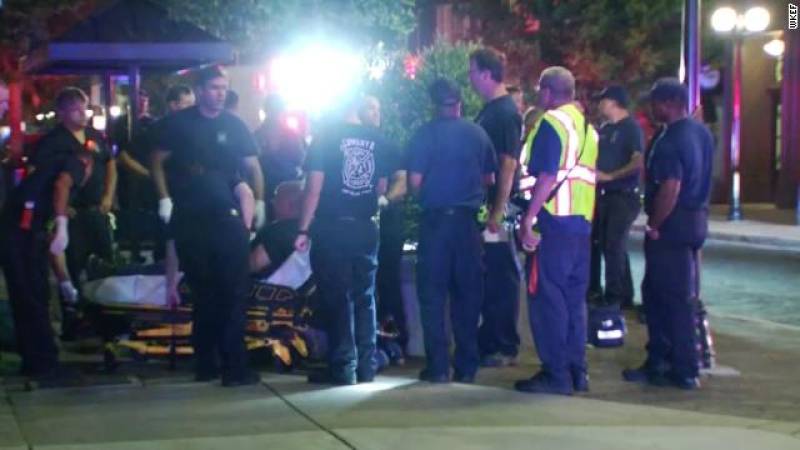 WASHINGTON - Nine people were killed in a mass shooting early Sunday in Dayton, Ohio, police said, adding that the assailant was shot dead by responding officers.

The incident occurred shortly after 1:00 am in the popular bar and nightlife Oregon district of the city, Police Lieutenant Colonel Matt Carper said.

"We had one shooter that we are aware of and multiple victims," he told reporters.

"The shooter is deceased, from gunshot wounds from the responding officers," he said, adding no police were injured.

TEXAS - At least 20 people have been killed in the latest mass shooting in the United States (US), the Radio Pakistan ...

"We have nine victims deceased ... and we have approximately 16 more victims hospitalized right now in unknown conditions."

The suspect had opened fire on the street firing "a long gun with multiple rounds."

Police were working to identify the shooter and the FBI were on scene to provide any necessary assistance, he said.

The incident comes hours after shooting incident in Texas which left 20 dead, stirring panic among the public.