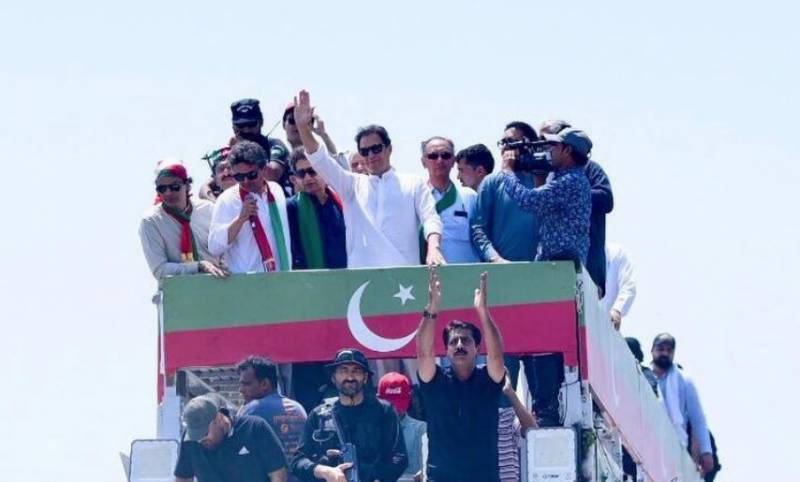 ISLAMABAD – A number of dual nationality holder Pakistanis have raised objection over a verdict of the Election Commission of Pakistan (ECP) in PTI prohibited funding case after they were named as foreign national donors in it.

A three-member bench of the top election body announced the much-awaited verdict this week, confirming that Imran Khan-led party had been received prohibited funds. It also shared a list of individuals and foreign companies involved in sending funds to the party from abroad, besides revealing that over 15 benami bank accounts were traced in the probe.

PTI has been expressing its concerns over ECP’s ruling, calling it biased, since it was announced. The party and its leaders are also sharing the video messages of the donors named in the verdict as foreign national to dispute the ruling.

PTI leader Farruk Habib shared a video message of a dual-nationality holder Pakistani, Murad Ansari, who said that he was a Pakistani and sent $5,000 to PTI through legal channels.

Such a shameful rulling by ECP about us Overseas Pakistani. We are loyal to our country and not foreign agent , will continue funding PTI because its only one party in Pakistan politics which is working for people of pakistan and its progress. pic.twitter.com/XbCWRDnOdB 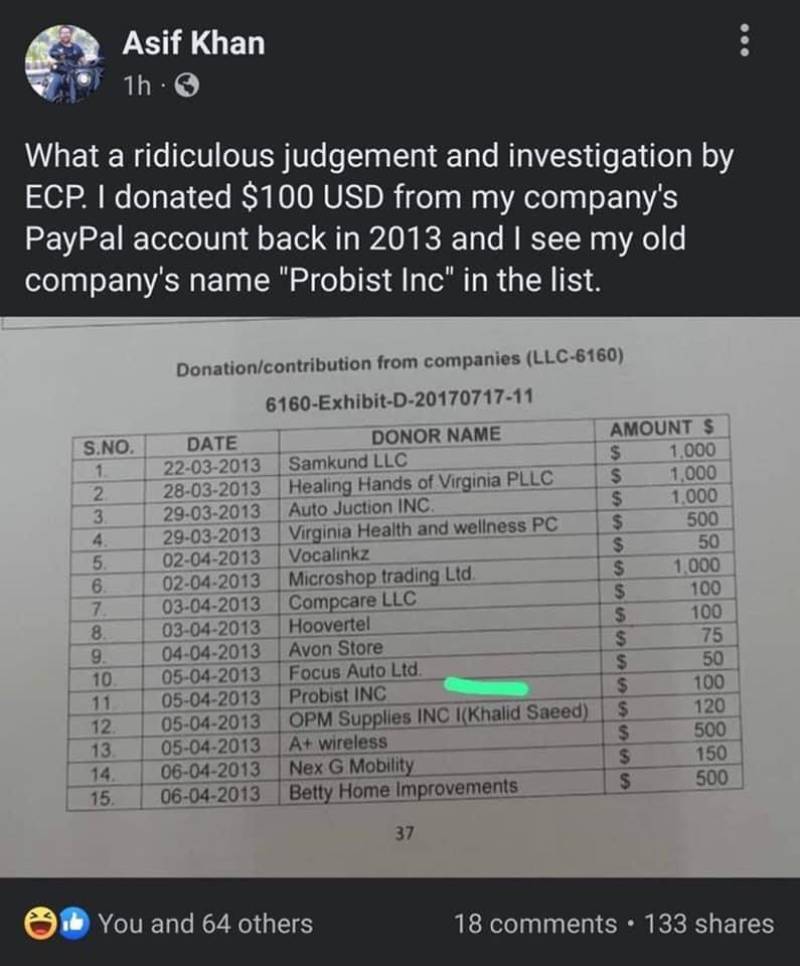 Meanwhile, PTI decided to challenge the ruling, besides upholding a peaceful protest call outside the electoral body office.

Former foreign minister Shah Mahmood Qureshi said PTI followed the criteria and submitted all the evidence to come clean. He added that ECP’s much-awaited verdict revealed that there was no foreign funding case.

On the other hand, Prime Minister Shehbaz Sharif-led federal government also decided to put the names of PTI leaders on the Exit Control List.