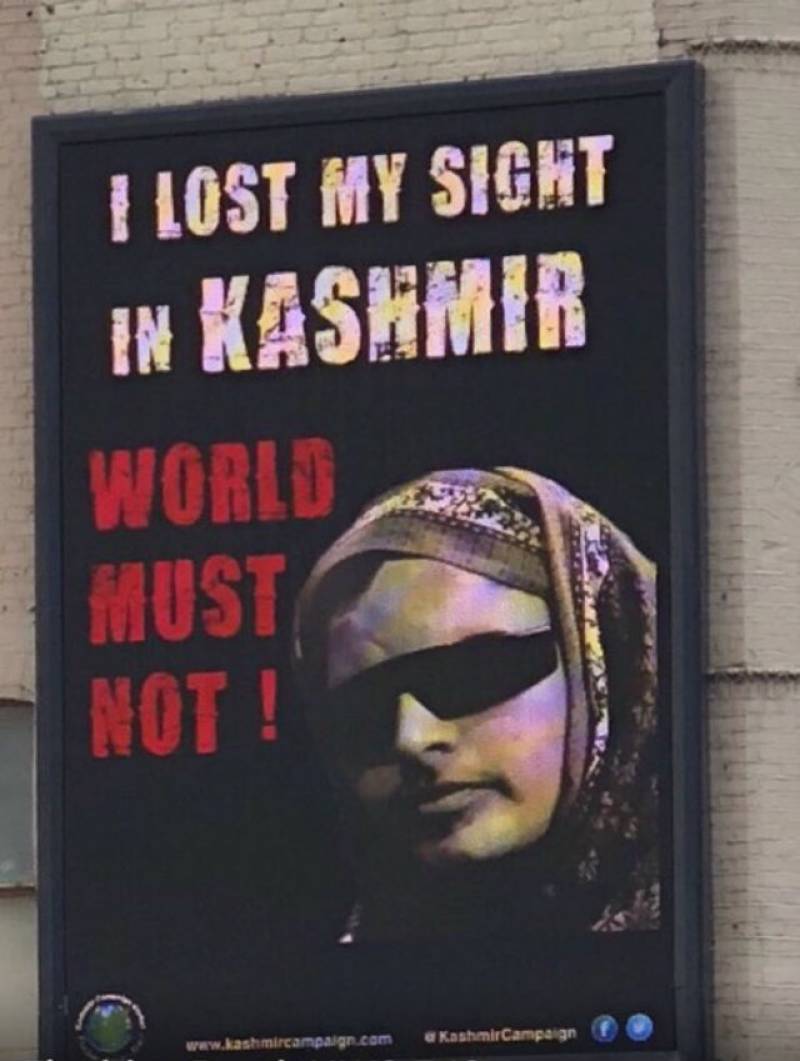 LONDON - As peace lovers in different parts of the world are observing ‘Kashmir Day’ in a show of solidarity with the oppressed people of the occupied valley, a ‘Free Kashmir’ campaign has kicked off in the United Kingdom. 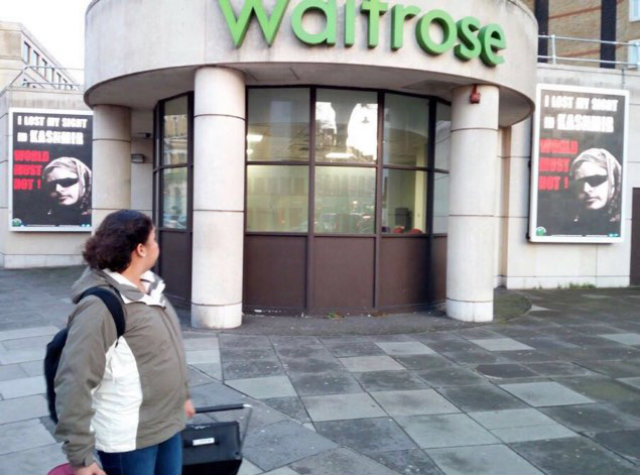 Posters at different places in London and its adjoining areas have been placed to highlight the plight of Kashmiris who have been struggling for the right of self-determination for nearly seven decades. 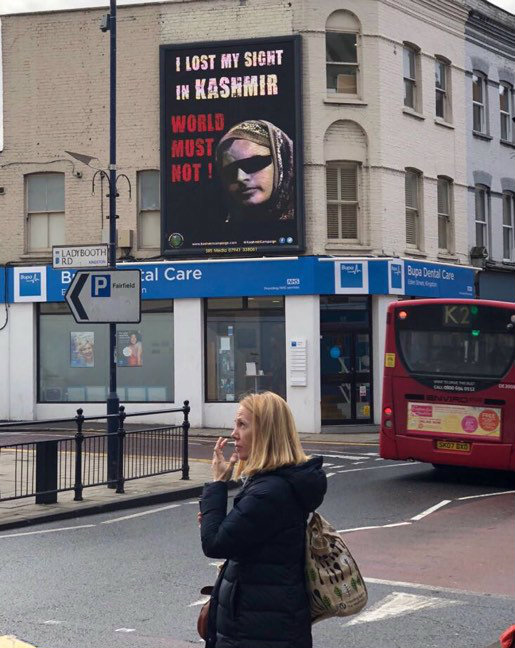 Since 1990, over 95,000 people have been killed, 10,000 are missing and thousands of unidentified graves are littering Occupied Jammu & Kashmir. 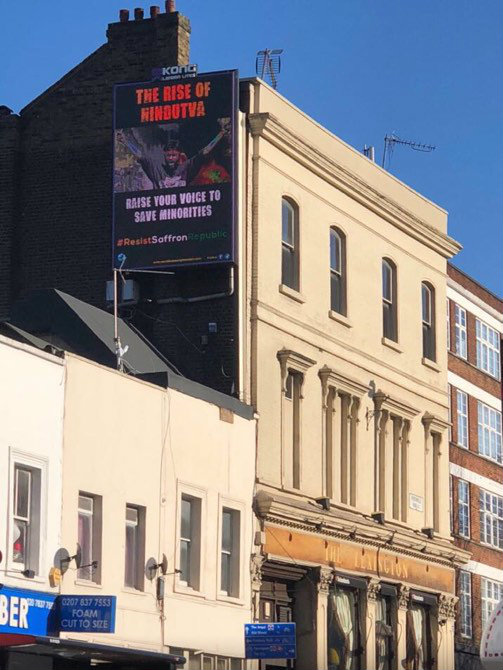 Last month, the Kashmir Campaign Global launched “Free Kashmir” campaign on a section of London transport network ahead of India’s Republic Day, which is observed as “Black Day” by Kashmiris and Sikhs all over the world. 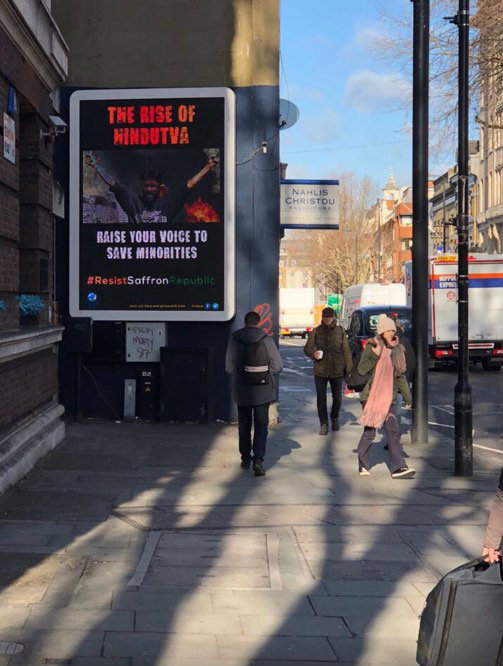 At least seven vans were seen driving around the British Parliament carrying signboards titled “Free Kashmir” in reference to the occupation of a large part of Kashmir valley by Indian forces. India occupied this part at the time of partition and has so far killed over a 100,000 Kashmiris for demanding their right to freedom. 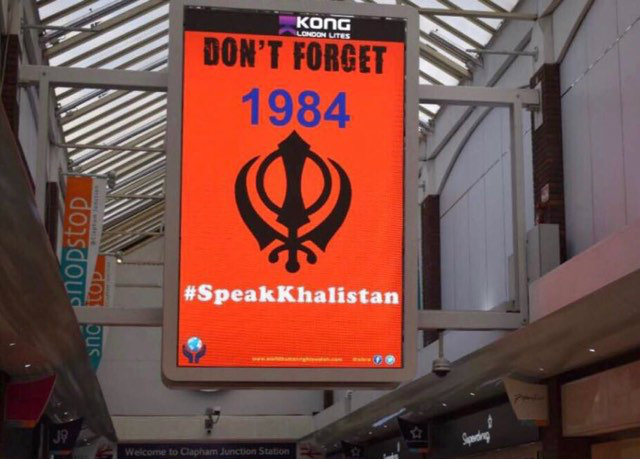 The digital vans went across dozens of important central London locations and then made their way to the Indian High Commission where Sikhs and Kashmiris came together for a large and noisy protest against the Indian regime. 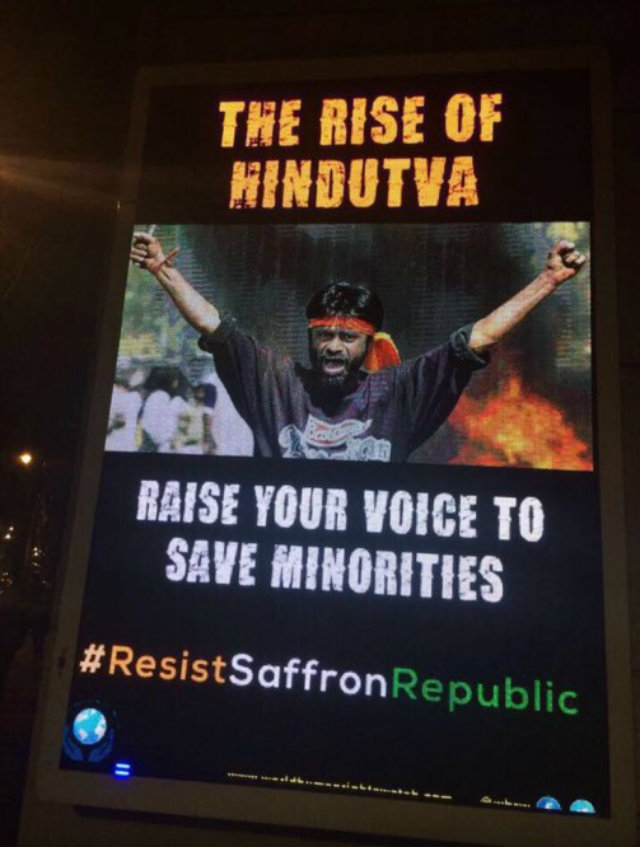 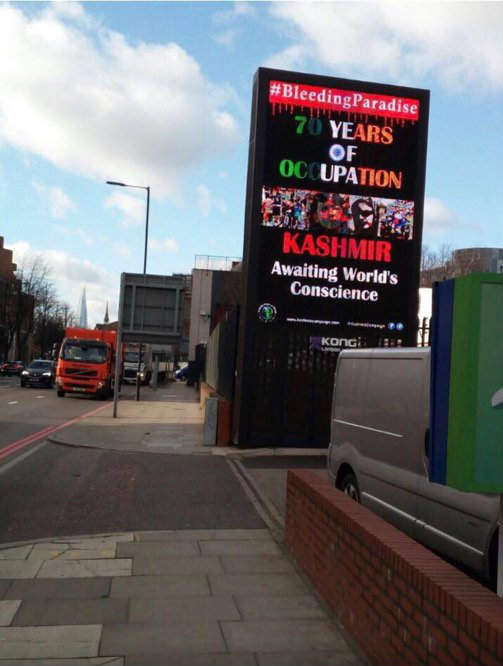 Vans with banners in favour of an independent homeland for Sikhs carried slogans “Khalistan Zindabad!” and “Raj Karega Khalsa”, sponsored by the Council of Khalistan, were also seen in London. 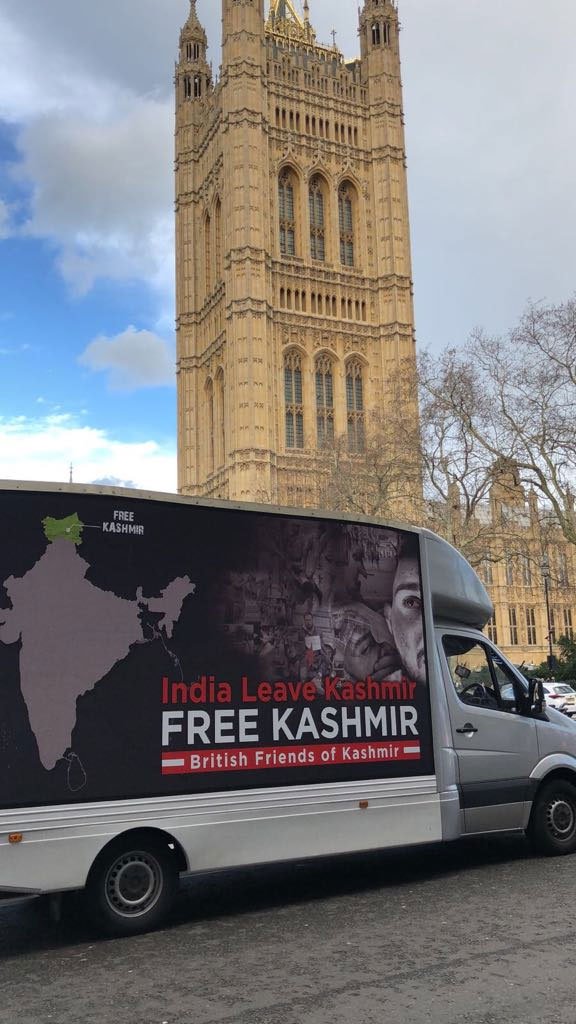